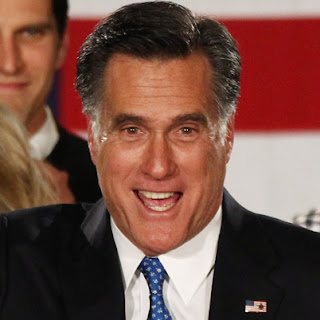 It may be a bit premature but New York Times columnist Charlie Blow offers an elegant autopsy of Mitt Romney.

Romney is trapped by a desperate desire for legitimacy. He is a square — in more ways than one — trying to squeeze himself into the conservative circle of trust.

In so doing, he says all the right things the wrong way. His facts are off. His timing is off. His pitch is off. He’s just off. Try as he may, he just doesn’t fit in. But he’s now so lost in his thirst for high office that he has also lost himself. Co-opted convictions will always betray you.

I once wrote the following:


I have no personal gripe with Romney. I don’t believe him to be an evil man. Quite the opposite: he appears to be a loving husband and father. Besides, evil requires conviction, which Romney lacks. But he is a dangerous man. Unprincipled ambition always is. Infinite malleability is its own vice because it’s infinitely corruptible by others of ignoble intentions.

But Romney’s taped comments open the door to doubt. I’m no longer confident in the basic goodness of his constitution.
One doesn’t have to operate with great malice to do great harm. The absence of empathy and understanding are sufficient. In fact, a man convinced of his virtue even in the midst of his vice is the worst kind of man.
Posted by The Mound of Sound at 12:02 PM

Email ThisBlogThis!Share to TwitterShare to FacebookShare to Pinterest
Labels: Romney

An interesting article and a look at the people and practices Romney embraces;