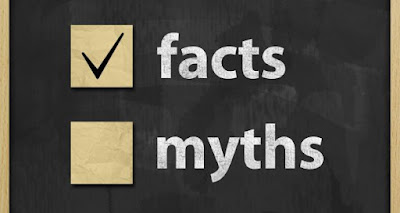 Have we reached the point where truth becomes a belief-based construct liberated from the bounds of knowledge, fact and evidence? Have we entered the era of Truth Decay? Is this the harbinger of the end of democracy and freedom? This is canvassed in a new book by Michiko Kakutani, "The Death of Truth."

Arendt’s words increasingly sound less like a dispatch from another century than a chilling description of the political and cultural landscape we inhabit today – a world in which fake news and lies are pumped out in industrial volume by Russian troll factories, emitted in an endless stream from the mouth and Twitter feed of the president of the United States, and sent flying across the world through social media accounts at lightning speed. Nationalism, tribalism, dislocation, fear of social change and the hatred of outsiders are on the rise again as people, locked in their partisan silos and filter bubbles, are losing a sense of shared reality and the ability to communicate across social and sectarian lines.

This is not to draw a direct analogy between today’s circumstances and the overwhelming horrors of the second world war era, but to look at some of the conditions and attitudes – what Margaret Atwood has called the “danger flags” in George Orwell’s Nineteen Eighty-Four and Animal Farm – that make a people susceptible to demagoguery and political manipulation, and nations easy prey for would-be autocrats. To examine how a disregard for facts, the displacement of reason by emotion, and the corrosion of language are diminishing the value of truth, and what that means for the world.

...For decades now, objectivity – or even the idea that people can aspire toward ascertaining the best available truth – has been falling out of favour. Daniel Patrick Moynihan’s well-known observation that “Everyone is entitled to his own opinion, but not to his own facts” is more timely than ever: polarisation has grown so extreme that voters have a hard time even agreeing on the same facts. This has been exponentially accelerated by social media, which connects users with like-minded members and supplies them with customised news feeds that reinforce their preconceptions, allowing them to live in ever narrower silos.

...Climate deniers, anti-vaxxers and other groups who don’t have science on their side bandy about phrases that wouldn’t be out of place in a college class on deconstruction – phrases such as “many sides,” “different perspectives”, “uncertainties”, “multiple ways of knowing.” As Naomi Oreskes and Erik M Conway demonstrated in their 2010 book Merchants of Doubt, rightwing thinktanks, the fossil fuel industry, and other corporate interests that are intent on discrediting science have employed a strategy first used by the tobacco industry to try to confuse the public about the dangers of smoking. “Doubt is our product,” read an infamous memo written by a tobacco industry executive in 1969, “since it is the best means of competing with the ‘body of fact’ that exists in the minds of the general public.”

The strategy, essentially, was this: dig up a handful of so-called professionals to refute established science or argue that more research is needed; turn these false arguments into talking points and repeat them over and over; and assail the reputations of the genuine scientists on the other side. If this sounds familiar, that’s because it’s a tactic that’s been used by Trump and his Republican allies to defend policies (on matters ranging from gun control to building a border wall) that run counter to both expert evaluation and national polls.

...The US’s founding generation spoke frequently of the “common good”. George Washington reminded citizens of their “common concerns” and “common interests” and the “common cause” they had all fought for in the revolution. And Thomas Jefferson spoke in his inaugural address of the young country uniting “in common efforts for the common good”. A common purpose and a shared sense of reality mattered because they bound the disparate states and regions together, and they remain essential for conducting a national conversation. Especially today in a country where Trump and Russian and hard-right trolls are working to incite the very factionalism Washington warned us about, trying to inflame divisions between people along racial, ethnic and religious lines.

There are no easy remedies, but it’s essential that citizens defy the cynicism and resignation that autocrats and power-hungry politicians depend on to subvert resistance. Without commonly agreed-on facts – not Republican facts and Democratic facts; not the alternative facts of today’s silo-world – there can be no rational debate over policies, no substantive means of evaluating candidates for political office, and no way to hold elected officials accountable to the people. Without truth, democracy is hobbled. 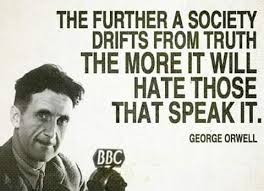 For more on Truth Decay, check out Muiris Houston's essay from The Irish Times.


At times of great uncertainty and geopolitical turmoil, a collective increase in anxiety fuels its rapid online dissemination of false news. Climate change and vaccine safety are a particular focus for fake news in the 21st century.

Social media is made for false health news. More than 60 per cent of adults source their news online.

This phenomenon has seen a blurring of the line between opinion and fact, with personal experience seen as more influential than fact, leading to less trust in usually respected sources of factual information.

The granddaddy of fake vaccine news was the 1998 research alleging a link between the MMR vaccine and autism. Disgraced gastroenterologist Andrew Wakefield was guilty of research fraud and struck off the medical register. But the false news about MMR safety caused immunisation rates to plummet; its effects are still felt today, with current measles outbreaks in Limerick and Dublin linked to lower than optimal levels of vaccination.

And, for a more detailed, analytical look at Truth Decay, check out this article from the RAND Corporation.  When the Pentagon's own think tank, the RAND
Corporation gets into something like Truth Decay, there's a reason. It's a threat to the nation.

This report explores three historical eras — the 1890s, 1920s, and 1960s — for evidence of the four Truth Decay trends and compares those eras with the past two decades (2000s–2010s). Two of the four trends occurred in earlier periods: the blurring of the line between opinion and fact and an increase in the relative volume, and resulting influence, of opinion over fact. Declining trust in institutions, while evident in previous eras, is more severe today. No evidence of an increase in disagreement about facts and analytical interpretations of facts and data was seen in the earlier periods.

Four drivers, or causes, of Truth Decay are described: cognitive bias, changes in the information system (including the rise of social media and the 24-hour news cycle), competing demands on the educational system that limit its ability to keep pace with changes in the information system, and political, sociodemographic, and economic polarization. Various agents also amplify Truth Decay's trends.

What Are the Consequences?

The consequences of Truth Decay manifest in many ways. The most damaging effects might be the erosion of civil discourse, political paralysis, alienation and disengagement of individuals from political and civic institutions, and uncertainty about U.S. policy.

Interdisciplinary research and cooperation among research organizations, policymakers, educators, and other stakeholders will be necessary to shed light on the problem of Truth Decay and to develop a clearer understanding of the problem and devise possible solutions.

There Are Four High-Priority Areas of Research

Examine more closely how Truth Decay has manifested in the past at home and abroad, extracting lessons that can assist in the fight against Truth Decay.

Further explore Truth Decay trends, including such areas as how media content has changed over time, the ways in which the speed and nature of information flow have evolved, developments in the education system and its curricula, the ways in which polarization and political gridlock have (or have not) worsened, the erosion of civil discourse and engagement, and changes in the severity of uncertainty about U.S. policy.

Investigate the processes and mechanisms that connect Truth Decay to information dissemination, processing, and consumption; institutions, authorities, and intermediaries; polarization, engagement, and discourse; the benefits and challenges of technological advancement; and agency. Truth Decay as an interconnected system should also be explored.

And now, a What the Fuck? moment.  America's fundamentalist Christian cult has adopted the "Truth Decay" meme as its own. 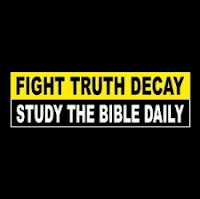 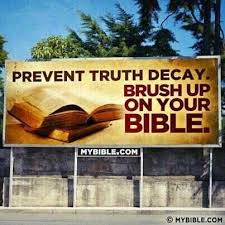 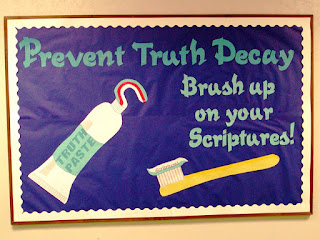 "Without facts there can be no rational debate over policies, no substantive means of evaluating candidates for political office, and no way to hold elected officials accountable to the people. Without truth, democracy is hobbled."

Now isn't that "The Truth". Anyong