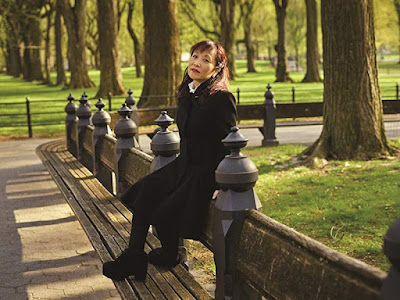 Has America ditched the Enlightenment values that inspired its founding fathers to slide into an age of darkness?  Former NYT book editor, Michiko Kakutani, writes of the 2010s as the end of normal, America's "decade of distrust."

TWO OF THE MOST WIDELY QUOTED and shared poems in the closing years of this decade were William Butler Yeats’s “The Second Coming” (“Things fall apart; the centre cannot hold”), and W.H. Auden’s “September 1, 1939” (“Waves of anger and fear / Circulate over the bright / And darkened lands of the earth”). Yeats’s poem, written just after World War I, spoke of a time when “The best lack all conviction, while the worst / Are full of passionate intensity.” Auden’s poem, written in the wake of Germany’s invasion of Poland, described a world lying “in stupor,” as democracy was threatened and “the enlightenment driven away.”

...With the rise of nationalist movements and a backlash against globalization on both sides of the Atlantic, the liberal post-World War II order — based on economic integration and international institutions — began to unravel, and since 2017, the United States has not only abdicated its role as a stabilizing leader on the global stage, but is also sowing unpredictability and chaos abroad.

...dystopian fables and horror-driven films and television series — including “Black Mirror” (2016), a rebooted “Twilight Zone” (2019), “Joker” (2019), “Get Out” (2017), “Watchmen” (2019), “The Handmaid’s Tale” (2017) and “Westworld” (2016) — spoke to the darkening mood in the second half of the decade, as drug overdose deaths in America rose to nearly half a million by the decade’s end, life expectancy fell in the United States and Britain, and many of us started to realize that our data (tracking everything we viewed, bought and searched for online) was being sold and commodified, and that algorithms were shaping our lives in untold ways. In what was likely the hottest decade on record, scientists warned that climate change was swiftly approaching a “point of no return”; we learned that glaciers were melting at record speed at the top of the world; and fires ravaged California and Australia and threatened the very future of the Amazon rainforest.


Donald Trump remains a uniquely American phenomenon. Although the United States was founded on the Enlightenment values of reason, liberty and progress, there has long been another strain of thinking at work beneath the surface — what Philip Roth called “the indigenous American berserk,” and the historian Richard Hofstadter famously described as “the paranoid style.”

It’s an outlook characterized by a sense of “heated exaggeration, suspiciousness, and conspiratorial fantasy,” Hofstadter wrote in his 1964 essay, and focused on perceived threats to “a nation, a culture, a way of life.” Its language is apocalyptic (Mr. Trump’s “American carnage” is a perfect example); its point of view, extremist. It regards its opponents as evil and ubiquitous, while portraying itself, in Hofstadter’s words, as “manning the barricades of civilization.”

The “paranoid style,” Hofstadter observed, tends to occur in “episodic waves.” The modern right wing, he wrote, feels dispossessed: “America has been largely taken away from them and their kind, though they are determined to try to repossess it.” In their view, “the old American virtues have already been eaten away by cosmopolitans and intellectuals,” and national independence has been “destroyed by treasonous plots, having as their most powerful agents not merely outsiders and foreigners but major statesmen seated at the very centers of American power.”

The End of Critical Thinking


In his insightful forthcoming book, “Why We’re Polarized,” Ezra Klein observes that “our partisan identities have merged with our racial, religious, geographic, ideological, and cultural identities.” This is coming at a moment when the nation’s demographics are rapidly changing — census statistics project that America will become “minority white” in 2045 — and putting more emphasis than ever on questions of identity. Our political identities have become so crucial to us, Mr. Klein writes, that “we will justify almost anything or anyone so long as it helps our side, and the result is a politics devoid of guardrails, standards, persuasion, or accountability.”

It’s a measure of just how partisan our politics has become that most Republicans now reflexively support Mr. Trump — despite broken promises, ballooning deficits, and tariffs that have hurt Americans, never mind the astonishing volume of lies he emits. Many Trump supporters inhabit a soundproofed echo chamber: A 2017 study, published in the Columbia Journalism Review, found that pro-Trump audiences got most of their information from an insulated media system, anchored around Breitbart News, that reinforced “the shared worldview of readers” and shielded “them from journalism that challenged it.”

No surprise, then, that the president’s hard-core supporters stubbornly repeat the lies and conspiracy theories that cycle through his Twitter feed, connecting him with Russian trolls, white nationalists and random crackpots, or that Mr. Trump’s assertions and fictional narratives are amplified further by Republican politicians and the right-wing media noise machine.

...As the news cycle spun faster and faster, our brains struggled to cope with the flood of data and distraction that endlessly spilled from our phones. And in an era of data overload and short attention spans, it’s not the most reliable, trustworthy material that goes viral — it’s the loudest voices, the angriest, most outrageous posts that get clicked and shared.

Without reliable information, citizens cannot make informed decisions about the issues of the day, and we cannot hold politicians to account. Without commonly agreed upon facts, we cannot have reasoned debates with other voters and instead become susceptible to the fear-mongering of demagogues. When politicians constantly lie, overwhelming and exhausting us while insinuating that everyone is dishonest and corrupt, the danger is that we grow so weary and cynical that we withdraw from civic engagement. And if we fail to engage in the political process — or reflexively support the individual from “our” party while reflexively dismissing the views of others — then we are abdicating common sense and our responsibility as citizens.

In his wise and astonishingly prescient “Farewell Address,” from 1796, George Washington spoke of the dangers he saw the young new nation facing in the future. He warned against “the insidious wiles of foreign influence,” “the impostures of pretended patriotism,” and, most insistently, of “the baneful effects of the spirit of party” — imploring his fellow citizens not to let partisan or geographic differences plant seeds of mistrust among those who “ought to be bound together by fraternal affection.”

Every portion of the country, he wrote, should remember: “You have in a common cause fought and triumphed together; the independence and liberty you possess are the work of joint counsels, and joint efforts of common dangers, sufferings, and successes.” Citizens, he urged, must indignantly frown “upon the first dawning of every attempt to alienate any portion of our country from the rest, or to enfeeble the sacred ties which now link together the various parts.”