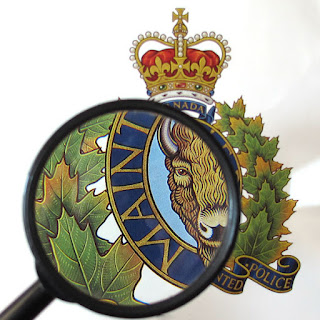 RCMP were prepared to use lethal force to clear away Wet'suwet'en protesters determined to block access to their land.


Canadian police were prepared to shoot Indigenous land defenders blockading construction of a natural gas pipeline in northern British Columbia, according to documents seen by the Guardian.

Notes from a strategy session for a militarized raid on ancestral lands of the Wet’suwet’en nation show that commanders of Canada’s national police force, the Royal Canadian Mounted Police (RCMP), argued that “lethal overwatch is req’d” – a term for deploying snipers.

No, you sick bastard. Lethal overwatch is required in Fallujah where military forces are already engaged in heavy, door-to-door combat with al Qaeda insurgents. The historic lands of the Wet'suwet'en in northern BC are not Fallujah. 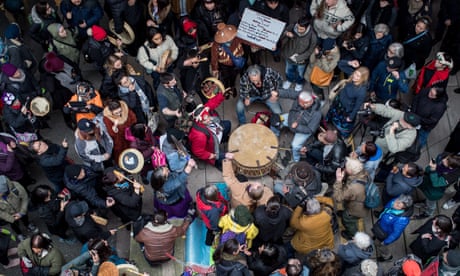 The RCMP commanders also instructed officers to “use as much violence toward the gate as you want” ahead of the operation to remove a roadblock which had been erected by Wet’suwet’en people to control access to their territories and stop construction of the proposed 670km (416-mile) Coastal GasLink pipeline (CGL).

In a separate document, an RCMP officer states that arrests would be necessary for “sterilizing the site”.

Wet’suwet’en people and their supporters set up the Gidimt’en checkpoint in December 2018 to block construction of the pipeline through this region of mountains and pine forests 750 miles north of Vancouver.

On 7 January, RCMP officers – dressed in military-green fatigues and armed with assault rifles – descended on the checkpoint, dismantling the gate and arresting 14 people.

Then again, part of our 'cherished Canadian values' is the art of 'sterilizing'  First Nations lands. Think Ipperwash on steroids.


The Stasi RCMP were prepared to arrest children and grandparents: “No exception, everyone will be arrested in the injunction area,” a document reads. Another makes reference to possible child apprehension by social services – a troubling disclosure given the violent history of residential schooling in Canada and the disproportionate number of Indigenous children currently in the child welfare system.

“The police are here to support the invasion of Indigenous territories,” said Tlingit land defender Anne Spice. “It is what they’ve always done. Now, they watch us when we travel to pick berries. They ‘patrol’ the roads where we hunt. They harass us and profile us under the guise of ‘public safety’.”

Since the January raid, an RCMP detachment known as the Community Industry Safety Office has maintained a large presence in an effort to forestall any resistance to pipeline construction. 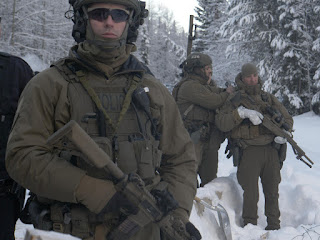 What kind of Canada is this where we send sniper teams to a peaceful protest while cops, dressed in combat fatigues and wielding assault rifles, move on the protesters? On their own traditional lands. Dissent met with assault rifles and sniper teams. Cops kitted out in combat gear told to use "as much violence as you want." What message does that send them? What are the rest of us to make of that?

I hope the indigenous land defenders are equipped with cameras. Cops fear them more than anything.

The CGL is for supplying natural gas to LNG plants on the BC coast.

Yes, Hugh. I thought that was clear from the references to natural gas pipelines in northern BC.

I would like to imagine that cameras would restrain these dangerous excesses, Cap. I don't have that confidence.

I don't either, Mound. But cameras at least leave open the possibility of some posthumous justice.

Cap, I would be grateful to know how you would take it if participating in a peaceful protest, even one that amounted to civil disobedience, was met with sniper teams and cops in full combat kit.

What is that but a threat of armed violence? Doesn't that invite these protesters to arm themselves in self-defence when they're provoked that way? What's next, Kent State in the forests of British Columbia?

I don't trust the RCMP turned out that way? That distrust has risen by an order of magnitude by the information revealed by the Guardian about what was going through the RCMP superiors' minds.

"Use as much violence as you want"? Senior Mounties think that way? They lead the force that way? What message does that send to the rank and file decked out in combat gear and toting assault rifles? You've already kitted him out as a warrior and then tell him to, in essence, 'go at 'em.'

.. they call it 'nation building' Mound

All I need to know, or any & every coherent concerned Canadian.. is whether the 'operational plan' was briefed to the Premier of BC and the Prime Minister of Canada. (and or who else?) Just imagine the staggering concept of RCMP sniper rounds ripping First Nation defenders apart. Head shots? Center mass ? High velocity rounds ? It is something I predicted from the Harper Government, but via Canada's Armed Forces. There are resignations or immediate suspensions required immediately. There is investigation required immediately. Where is Mainstream Media in general on this grave matter ? Sucking their thumbs ?

To say I was shocked and outraged to read that this morning is vast understatement.. it was demoralizing to this Canadian

Good on the RCMP for being ready to treat those natives like the terrorists they are. They have been getting bolder with the media whipping them up into a frenzy the past 5 years. We should have dealt with the Indians more harshly like the Americans did. The Yanks don't have to deal with their constant BS like we do.

Your bit reminded me to send some more money for cases going to the Supreme Court. It seems like the only place First Nations are treated fairly and legally. They do seem to win a lot there don't they.

We actually had a surprise decision here in Nova Scotia yesterday.

For decades, Northern Pulp has been dumping untreated toxic sludge into a First Nations community . This became untenable so the NS gov't gave them five years to clean up their act and come up with a better solution. The pulp company did noting but plan to dump the sludge into the Northumberland Straight. This, of course was opposed by the fishing, local and tourist communities. Northern Pulp had counted on being let off the hook and didn't want to spend any money .

Yesterday they were told that their time was up and they had to cease their toxic dumping. They are now in the process of shutting down.

The people of Boat Harbour are happy,; the fishers are happy and the foresters are mad. A difficult decision but the right one.

The Fallujah analogy is perhaps more appropriate than intended in that it was part of an invasion that constitutes a war crime and "we" had no business being there. (Short version, not enough coffee yet to get on horse!)

the elected councils approved the pipeline. the hereditary chiefs did not.

Anon 8:40. Your argument, if there is one, is irrelevant. This is about use of force. That should be obvious to anyone but apparently you missed it.

It's about militarizing police in response to what, at worst, was a peaceful exercise in civil disobedience. Snipers, "lethal overwatch"? "Use as much violence as you want"?

It's about Trudeau's former resources minister, Carr, threatening to bring in the army to clear away pipeline protesters. It's about dissent in a liberal democracy and the rule of law.

Cops are never entitled to use as much violence as they want. If, as it seems, they don't understand the clear limits of use of force we've got a malignancy in the upper tiers of our national police force.

You're not alone. There are a good many Canadians, too many, who have a feeble grasp on these fundamental principles of democracy. This "might is right" mentality is playing a significant role in the decline of democracy worldwide.

I have no doubt the RCMP will shoot and kill protesters, especially Indigenous protestors. Its the RCMP'S "final solution". They are the arm of the government which does their dirty work without having to use the military.

The press will cover it with their breathlessness ensuring the RCMP's and corporate interests are protected. All to continue corporate profits, provide other countries with tar and destroy our environment. At this rate will wind up looking like the U.S.A. with dtrump.

I cannot believe what I just read on your blog. A Canadian Police Force acting like an American Military Force....Discusting to say the least. Anyong