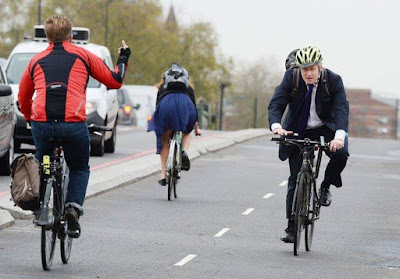 Even Northern Ireland's unionists are losing heart after England's decisive Conservative victory in yesterday's elections.  The massive blow also has Scotland prepping for another sovereignty referendum.


From this side of the Irish Sea, the decision that England has made (not Scotland), may seem irrational, narcissistic and immature but even if the choice they have made is all those things and more, it is theirs to have, theirs to live with, theirs to celebrate or regret in the future.

The election has confirmed that England is divided; elated and depressed in near equal measure. The country faces a long period of negotiation about its relationship and its trade with the EU, including Ireland. It will have to reengage with the SNP in Scotland in deciding future relationships; with an SNP who, in relative terms, had an election result that is even more impressive than what the Conservatives had. A second independence referendum for Scotland is firmly back on the political syllabus.

The new government and especially Boris Johnson will have to tread carefully with the unionist community in Northern Ireland, who are psychologically coming to terms (once again) with the reality that England had no difficulty in betraying them.

...Brexit has propelled us back to the future. The fundamental issues that were present almost a hundred years ago when Ireland fractured into six and twenty- six counties are again seeking attention and resolution. Those fundamentals of identity and sovereignty are the same but the soil that they are embedded in has changed radically.

It's no wonder the unionists are losing heart. Their new prime minister, when pressed on the point a couple of years ago, did say that losing northern Ireland, if need be, was a price he'd be ready to pay to achieve Brexit.
Posted by The Mound of Sound at 9:25 AM

Not that long ago, continuing with Brexit was a close run thing. Close enough that Siin Fein could have voted the deal down. But they would not vote because they only swear at the queen not to the queen and would not take their seats. Maybe their revenge is coming.


Bradley emphasizes the critical point that this election is England imposing its will on the United-in-name-only Kingdom. England's will be done on both sides of the English Channel and the breadth of the Irish Sea.

And to have done it trough the First Past The Post contrivance only deepens the wound and ensures it will fester.

Boris Longshanks, the "Hammer of the Scots."

David Cameron has much to answer for.
Making a decision such as Brexit on a simple majority had every chance of creating a problem and it did, big time.
When BC wished to consider a big change in governance with the single transferable vote the passing mark was , I believe, 65%.
With such a high mark to achieve the result would have not been arguable.
We still live with the dangers of 50% plus one.
In this world of violently opposing political opinions where we are almost at the point of brother fighting brother we should ,again, reconsider our voting system.
At the least it could well temper some aggression.