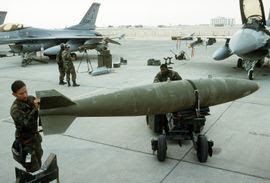 The National Post's Don Martin chides our military for not producing "body counts" of the Taliban we kill. Martin apparently believes that the Canadian people need to know that we're killing far more than we're losing from our own side.
Canadians have just two confirmed and photographed Taliban kills to their credit in the past month, a sobering contrast to nine fallen soldiers at the hands of insurgents during the same time frame.
Just this week, 17 Afghan police officers were killed in various hot spots throughout the country, compared with only four dead Taliban.
There have got to be more enemy casualties, of course. Informed observers note Taliban fighters turned into a pink mist by aircraft bombing runs are not counted, although a bombed corpse is just as legitimately dead as a bullet-ridden one, in my view.
Martin thinks all Canadians need is a good, hefty Taliban body count and we'll all rally to the mission. I don't know what world Martin inhabits but it isn't mine and I doubt that it's yours either.
That "pink mist" he refers to is, unfortunately, all too common. The problem is that the mist could be the last traces of women or children taken out by airstrikes on villages. The last thing our military wants to do is to have to justify itself whenever it reduces a human being to a mass of protoplasm.
One of our common complaints about the Taliban is that they stubbornly refuse to stand up in some vacant field to let us kill them. In the time-honoured tradition of insurgents, they do use innocent civilians as there armour. Killing them often means killing civilians in the process.
Sorry, Don, but the fastest way to bleed the already dwindling support for "the mission" is to let Canadians see just how blunt and ugly and sometimes even indiscriminate counter-insurgency warfare can be.
Posted by The Mound of Sound at 6:35 AM

Hmmmmm. I have always been disturbed by the fact that we arent killing enough people. Civilian casualties aside, we need to seriously start "bringing home the bacon"!

You lefty suckas will disagree, but throughout time (60k years of human activity) it has been proven that killing a group of people is the surest way to make them comply to your demands.

I mean, why give western-style democracy to people who dont want it?

Here's an idea, Dave. Why don't you go over there and starting "bringing home the bacon?" Get yourself an assault rifle and a canteen, yomp through all those hills and teach the Taliban what a real man looks like. But, then again, your type, the Cheney type,always wants someone else to do the fighting and dying while they sit home flapping their gums.