The Cadman Scandal - Men of Mystery 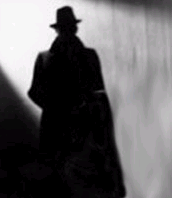 It was an appallingly craven act - trying to bribe a legislator dying of cancer with a million-dollar life insurance policy to coerce his vote to bring down a government. Chuck Cadman, showing enormous courage and integrity, somehow refused.

Who were the Tory representatives who worked this vile coercion on a dying man, once one of their own? Let's assume they were prominent Alliance Conservatives from Cadman's home province of British Columbia. If that's right, the next question would be which BC Conservatives were established and powerful enough that they could float a million dollar life insurance policy for a terminal cancer victim?

I'm pretty sure I know who it must have been. There weren't many within that pack of rabble with the clout, immorality and deviousness to arrange something like that. But there was at least one, a genuinely greasy fixer, and he stands out like a sore thumb.
Posted by The Mound of Sound at 10:16 PM

Any hints who that fixer is. You seem to be on the inside. Not giving names how influential is he.

I am discounting many of Cadman's colleagues from the Reform faction who got along with Dona.

Curious that Dona Cadman is running for the Conservatives in Surrey North...
a more detailed story here:

Shroom, I want to read what Mrs. Cadman actually wrote before I even think of pointing a bigger finger than I already have. There could be a number of characters if they were from back east but the list out here is shorter and most of those bob around the shallow end of the pool. Think back to those days. Only one stands out and he's the very sort who could and would do this sort of thing, all in a way that Harper could deny any knowledge of it. BTW, can you believe the ultimate control freak didn't know all about this? Yeah, sure.

I agree with you Wilson, it is curious. It's an obvious question that she'll have to answer pretty soon.

What insurance company would insure the life of a man with a few months to live with a million dollar policy? What would the premium on such a policy be? Sounds fishy to me.

Doz, of course it's fishy - it's downright corrupt and rotten. Are there people who can make this sort of thing happen? Yes, of course there are. What would the premium be? How about nil, zilch, nothing?