Mama Get the Chequebook, Daddy Bought a War 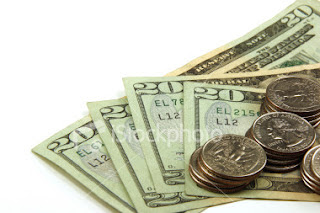 What's the tab going to be for George w. Bush's eternal "War on Terror" in Iraq and Afghanistan?

Joseph Stiglitz and Linda Bilmes, writing in The Times of London, figure it'll come to at least $3-trillion. That's three thousand billion dollars or, if you like, three thousand thousand million dollars. Figure that out at roughly $8,000 for every man, woman and child in America, $32,000 for a family of four, and it's all borrowed money so there'll be plenty to be paid in interest before that's ever squared away.

So, you're probably asking yourself, who are Joe Stiglitz and Linda Bilmes? He was chief economist at the World Bank and won the Nobel Prize for economics in 2001. She is a lecturer in public policy at the Kennedy School of Government at Harvard University.

The right-wing nutjobs (like our own SHarper) constantly rave about "socialist plots to transfer wealth." Here's a transfer of wealth on a previously unimagineable scale - except its from the taxpaying working and middle classes to the already enormously wealthy, taxation exempt, investment classes, America's rentiers, the guys who own big hunks of Halliburton or Blackwater or Lockheed Martin.

Remember when Rumsfeld boasted that the Iraq war would cost the US $50-billion, $60-billion tops? Remember when Larry Lindsey, President Bush's economic adviser and head of the National Economic Council, suggested that they might reach $200 billion and got ridiculed and sacked for it?

At the moment, the operating costs for the US war in Iraq is running at $12.5-billion per month and the bill for Afghanistan is actually higher - $16-billion per month. But it still seems a long reach from $29-billion a month to $3-trillion. That, according to Stiglitz and Blimes, is in what's not included in the operating expenses.
To put this in perspective, $3-trillion is way more than the US bill for Korea or even its war in Vietnam. It's more than US costs for WWI. Only WWII, which cost a grand total of $5-trillion USD was more expensive.

"From the unhealthy brew of emergency funding, multiple sets of books, and chronic underestimates of the resources required to prosecute the war, we have attempted to identify how much we have been spending -- and how much we will, in the end, likely have to spend. The figure we arrive at is more than $3 trillion. Our calculations are based on conservative assumptions. They are conceptually simple, even if occasionally technically complicated. A $3 trillion figure for the total cost strikes us as judicious, and probably errs on the low side. Needless to say, this number represents the cost only to the United States. It does not reflect the enormous cost to the rest of the world, or to Iraq."

By the time the America people are finally asked to begin paying off this colossal debt, the profits will be long gone, fltered out to Bush's "base" in bloated dividend cheques and squirreled away in offshore tax havens.

Email ThisBlogThis!Share to TwitterShare to FacebookShare to Pinterest
Labels: costs, War on Terror

Makes ya' wanna ask Sheila Fraser, "whats the real cost to Canada".
(like she'd ever get the opportunity to tell and that Newfy ain't about to open the books either)
Foot"