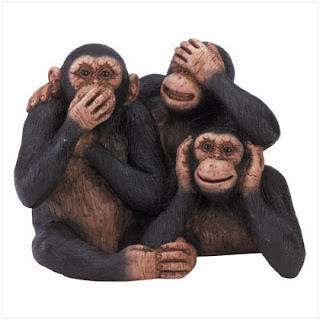 "In all dictatorships, targeting the free press begins with political pressure - loud, angry campaigns for the news to be represented in a way that supports the group that seeks dominance." - Naomi Wolf, "The End of America."

Now, relax, I'm not claiming that Harper intends to seize dictatorial power in Canada. I think it's only a matter of time before that chump runs his course and the stain of his administration fades. That said, we do need to be mindful of this guy's autocratic bent. Part of that lies in Harper's manipulation of the Canadian media.

It came out late last year that Harpo had imposed a political filter on the Department of National Defence where requests for interviews or the release of information to the media had to be pre-cleared with senior bureaucrats in the PMO, the Prime Minister's Office. These political commisars were obviously intended to control the message on the Afghanistan controversy. It's a form of media manipulation and it's a technique that Harper has shown he'll use with other controversial issues.

The Vancouver Sun, a full-fledged KanWest paper, says the same tactics are being used by Harpo against Environment Canada.

"Environment Canada's muzzling of its scientists might be shocking, but it's hardly surprising.

The new policy, which apparently went into force in recent weeks, is designed to control the media message and ensure that Environment Minister John Baird faces no "surprises" when he reads or listens to the news.

The policy dictates that researchers refer all media queries to Ottawa. The media office then directs reporters to submit their questions in writing, and then researchers are to send written responses to senior management for approval. If the researcher is cleared to do an interview, he or she is asked to stick to "approved lines," though it's not clear what that enigmatic phrase means.

Needless to say, the new policy has infuriated scientists and sent a chill through Environment Canada. After all, while Gregory Jack, acting director of Environment Canada's ministerial and executive services, insisted "there is no change in the access in terms of scientists being able to talk," it's clear that scientists are being severely hobbled in their ability to speak freely.

It appears that the Conservatives refuse to recognize any distinction between policy based on science and science itself. Rather than using scientific evidence to inform policy, the Conservatives seem more interested in ensuring that the science conforms to their policy."

Once again we see the true face of Stephen Harper and it's pretty ugly.
Posted by The Mound of Sound at 7:50 AM

The dictionary describes fascism as "a tendency toward or actual exercise of strong autocratic or dictatorial control". I agree with your assessment of the governmental attitude in this country today. I am going to go one step further and say we are not just headed in the direction of a dictorial MP, but we are already dealing with a fascist regime when a regular pattern of occurrence and action such as the PM has taken regarding how and when he is to be questioned by the news media is set in place. It's dangerous stuff and smacks of Fascism. I tend to think it comes out of his form of religious upbringing. Have you ever researched the dogma of the "Alliance" Church? Have you ever read the PM's speech to an American Think Tank in Monteal in 1993 I think it was? Interesting! Cheers

Hi Anon. Somewhere on this blog I've posted quotes that Harper made in Montreal, remarks thoroughly disparaging of the Canadian people, to his crowd of ultra-secret Republican elites. I'm not, however, aware of the dogma of the Alliance church.