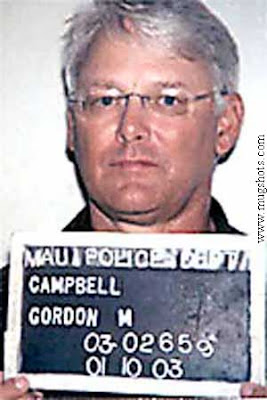 British Columbia's massively unpopular premier, Gordon Campbell, is taking to the airwaves Wednesday night to beg BCers for a second, yet another chance.

There had been some speculation that Campbell might plan to announce his retirement but he shuffled his cabinet this morning, something you wouldn't expect from a premier about to hand over the reins of power.

I suspect that Campbell has weighed up his predicament, figured that this might be the best moment he'll have in the near future and calculated that he really doesn't have anything to lose at this point.  He's desperate to get his numbers up.   The alternative might be an insurrection in the ranks.

My guess is that minds are pretty well made up already and even a dead cat bounce won't be enough to save Campbell from an in-house skinning.  He's never been especially popular personally and today he's positively loathed.   Some nose dives you just can't pull out of and this may be Campbell's.
Posted by The Mound of Sound at 2:57 PM