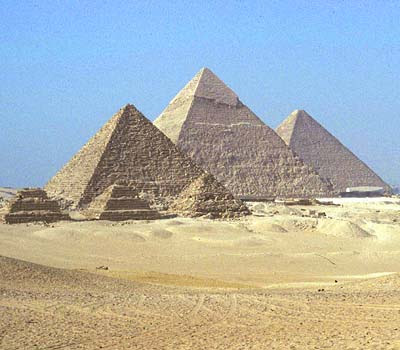 Egyptian strongman Hosni Mubarak is not going to implement genuine democratic reform.  He can't.  It would mean signing his own arrest warrant.  Free and open elections in Egypt would mean the end of Mubarak and his hated NDP.  It's time for a coup, an army takeover.

True democracy is unknown in Egypt.   The last four rulers have been strongmen.  Before them the place had a monarch.   Establishing political parties capable of formulating policy platforms and contesting an election can't be done overnight, not if it's to be done well.

There are a lot of competing interests at play - nationalistic, socialistic, theocratic, pan-Arabic - all of which should be accommodated within the democratic structure.

Egypt's army seems to be well accepted by the public.  It's predominantly a conscript service which keeps it rooted in the masses.   The Egyptian military is huge, almost half a million strong.  The police are seemingly considered corrupt, brutal and oppressive.   There is no organization other than the army capable of replacing the police service while it, too, is cleaned up.

Ditching Mubarak is not going to solve the plight of the Egyptian people.  The economy is wobbly.   For months the UN has been warning of big food and fuel price hikes that are coming.   The Middle East is no stranger to bread riots and whoever is in power is going to have to deal with that problem.

The Tunisian and Egyptian uprisings bore many of the hallmarks of a classic revolution; an oppressed public, a corrupt and atrophied central government and a rebellious middle class.   Both countries, like many others in the Middle East and south and east Asia, have a big problem, a surplus of reasonably-well educated, underemployed youth.  They have been churning out college and university graduates at rates disproportionate to the ability of their economies to absorb them.   Those who are picked do very well, the rest languish.  Paternalism, corruption and nepotism flourish under these circumstances, fueling the discontent that eventually breaks out in large-scale uprisings, demands for democracy and economic meritocracy.   Both China and India are becoming worried about this same threat.   China has even censored information about Egypt on their internet system.

A big danger common to successful revolutions sets in after the old order has been deposed by the moderate, middle class insurrectionists.   Once the hard work is done, violent radicalism tends to surface out of the uncertainty and chaos.  That's how the Bolshies (at gunpoint) appropriated the Menshavik revolution.  It is how the Reign of Terror swept France.

Countries like Egypt and Tunisia need a post-regime change authority capable of safeguarding them from radicalism.   There is no shortage of radical, Islamist fundamentalism.  Egypt has the Muslim Brotherhood.   Al Qaeda has openly stated that it is waiting for the inevitable period of chaos to make its move.  If the anticipated bread riots break out it would be a perfect opening to be exploited by radicals.  Egypt, Tunisia and other countries facing this situation may need to follow the example of Turkey where temporary military rule laid the groundwork for a viable, democratic succession.

I expect Washington is going to support a military coup in Egypt.   A Wiki document released by Britain's The Telegraph reveals that Washington was in close contact with Egypt's protest movement.   The newspaper suggests the document proves America supported the rebellion.   That's nonsense.   What it shows is worry, perhaps even alarm, that the ambitions of the opposition forces were unrealistic, unattainable; grandiose if not delusional.

Is it entirely coincidental that the Egyptian army chief of staff was in Washington for meetings with his American colleagues when the uprising broke out?  He had been notionally scheduled to be in the States until Feb. 2 but he flew back to Cairo yesterday.   Is it sheer coincidence that the army has been sitting on the fence, safeguarding property but refusing to back either Mubarak or the protesters?   The Americans seemingly knew what was in the works and summoned the Egyptian army's top general for a little chin wag and, perhaps, to take back a bundle of parting gifts for Hosni.

America can't afford to lose its influence in Egypt nor can it expose Israel to the threat of Egyptian radicalism.  Mubarak can no longer be trusted but neither can the insurrectionists, at least not yet.   Once you eliminate all the options and assess the potential dangers, a military coup it is - for everyone's sake.
Posted by The Mound of Sound at 9:11 AM

Email ThisBlogThis!Share to TwitterShare to FacebookShare to Pinterest
Labels: Egypt

At least you are honest enough to admit you are against democracy. Most rightists use euphemisms.

Actually LibHom, I forgive you your naivety. Democracy doesn't simply take hold where it has never been before. How many centuries did we take to evolve today's Anglo-Saxon liberal democracy? There was a great deal of struggle in our own experience.

Modern Turkey is the shining example of democracy in the Arab world. It took the Turkish military to stabilize the country in order to pave the way for a viable, democratic, civilian succession.

Calling me a "rightest" merely confirms your ignorance and rank stupidity. Now, shove off.

What do you think of this:
http://www.brasschecktv.com/page/1019.html

Hi Oem. I have read only the diplo note published in The Telegraph. It didn't convey any sense of collusion between America and the dissidents. To the contrary it revealed (as I noted in this post) real apprehension that the opposition figures the US was in communication with were actually able to stage a successful revolt. Remember we don't know who they actually were or what their role was in the uprising. This news clip from Russia Television isn't particularly useful. The guy seems to be talking through his hat, making allegations he doesn't even attempt to back up with fact.

We do know that the Americans were in communication with opposition dissidents. That's hardly surprising. I'll bet they wish they had opened links to Castro before he overthrew Batista, back when it might have made a difference. It is in America's own interests to stay on top of developments in any country as strategically important as Egypt. So I think it's naive in the extreme to read into this more than what's there.

If there was a wider, American plot there should be plenty of signs of it. The US would also expose itself to the risk of enormous blowback from the Gulf States if this was discovered. In fact, the US might be willing to tolerate dissidents in North Africa that it wouldn't abide from the Gulf States.