Is There a Wiki "Tipping Point"? 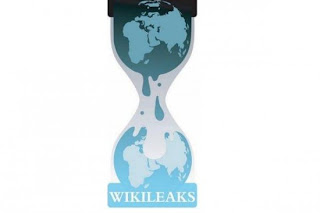 Is WikiLeaks a tempest in a teapot or could it just be something much more, a real force for change?

All of us, to some extent, absorbed the revelations from the first disclosure of American diplomatic dispatches.   There weren't that many surprises in the stuff.  The documents mainly served to corroborate what we already believed or at least suspected.  A couple of diplomatic postings had to be shuffled, a few power types had to eat humble pie, but there didn't seem to be any seismic impacts from the leaks other than, perhaps, in Tunisia.

But is all of that about to change?  Maybe so.  WikiLeaks is still in business despite the almost rabid legal pursuit of its founder, Julian Assange.   And it's not just governments who are after him.   Today he disclosed that he's had more legal threats from banks than from any other organization.

Banks, Assange, WikiLeaks, what gives?   Possibly a great deal, enough to make the diplomatic leaks seem like schoolyard tales.  This could just be WikiLeaks' tipping point, the moment when it fights back hard.

It's been known for a while that WikiLeaks is planning to release a tsunami of documents aimed at Bank of America and its executives.   BofA has responded with apparent panic.   Last month the bank even began buying hundreds of internet domain names that could be used to attack its executives, registering names such as "BrianMoynihanSucks.com" to protect its CEO.   Too bad they didn't get onto that earlier as BankofAmericaSucks.com is already up and running for disgruntled bank customers.

But wait, there's more.   At a press conference today, Assange took delivery of two CDs from renegade former Swiss banker Rudolf Elmer.  The CDs are rumoured to contain a load of Swiss banking data that could threaten some very wealthy tax dodgers, particularly from Europe and the United States, and expose how Swiss bankers colluded with them.   In an era when the mega-rich appear to focus most of their energies on keeping their wealth out of sight and out of the reach of their government authorities, this information could have ramifications far greater than the diplomatic leaks.

I suspect Julian Assange is in a high-stakes race to get the Swiss bank and Bank of America documents into the hands of major media outlets before the Americans can get their hands on him.   Right now, my money is on Assange.  We'll have to wait and see how Western governments move to suppress the disclosure of this information.

Most Americans have yet to realize it but Ronald Reagan, probably unwittingly, launched a class war in which working Americans have been on the losing side for the past 30-years.   As a result of the seamless union of government, corporate and media power, a great many Americans have been  conditioned to act to their own detriment and to embrace the best interests of those who have manipulated them.    Economic and political power have quietly passed from the hands of the many into the hands of the few.

I have often wondered what will happen when these Americans wake up and realize what has been done to them?  What happens when the rich and powerful lose control of the narrative?  It is possible that WikiLeaks could be the first crack in the dam, the one that assures its eventual collapse?   I think there are some Western governments who might share that view and find it alarming.
Posted by The Mound of Sound at 9:09 AM

Email ThisBlogThis!Share to TwitterShare to FacebookShare to Pinterest
Labels: Wikileaks

Wikileaks is Mossad propaganda for the US to continue endless Wars for Israel, it all started nearly a decade ago under a false flag attack.
9/11 and Israel, here:
http://www.iuniverse.com/Bookstore/BookDetail.aspx?BookId=SKU-000190526

Wikileaks is Mossad propaganda? That's a new one for the Anonymous Crackers Brigade.

I have a minor, oh alright, a major quibble with your point that Wikileaks somehow precipitated the uprising in Tunisia.

It was the action of one brave man who immolated himself publicly (remember the monks in Viet Nam?), and the response in Sidi Bouzid - which marks ground zero of the movement - that led to the dictator's downfall.

The citizens of Tunisia were faced with the brutal reality of Ben Ali's kleptocracy every moment of their lives. They didn't need confirmation from a leaked diplomatic cable.

Wow Anon, have you been swigging that conspiracy juice again? Wiki is in service to the Mossad and the US? Yeah, sure.

@ dBO. The Guardian clearly thought that the Wiki disclosures of US diplomatic evaluations of Tunisian corruption added fuel to the fire. No one is saying that the leaks sparked the uprising. What I said was that they "perhaps" had a real impact.

BTW, I'd appreciate your thoughts on the possible ramifications of the release of Swiss and American banking records. Names named, etc.

Oh BTW Anon, I did follow that link to EA Blayre III's book on a self-publishing site. It's supposedly "banned" which turns out to be a claim that Amazon.com has stopped carrying it or has priced it at $219 a copy, both of which turn out to be hogwash. Amazon has it for about ten bucks but anyone reading any of the reviews won't part with a tenner unless they're a charter member of the tinfoil hat brigade.

Well, it seems The Guardian (or one of its writers) exaggerated the power of Wikileaks in this instance. Unfortunately, this opinion has been widely tweeted and may take hold as urban legend.

As to the bank records that may be disclosed, I can't speculate what the effect might be until they become available and are widely diffused by various media.