In Chicago, They Kill With Guns. In Vancouver, It's Fentanyl. 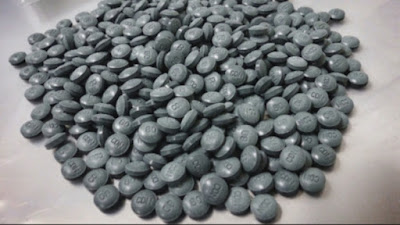 Vancouver, while much smaller than the Windy City, saw hundreds of deaths from fentanyl overdose including six in one day, nine in one weekend.

Last month the B.C. coroner’s office issued an urgent warning after at least 11 people in the province died on one day, six in Vancouver’s Downtown Eastside.

Fentanyl, often mixed by traffickers with heroin or cocaine, is up to 100 times more toxic than morphine. B.C. victims include addicts with jobs, families and children as well as those in Vancouver’s infamous “shooting gallery.”

Fentanyl is a great way to get rid of some bums. Anybody think this is deliberate? How about China getting even for the Opium Wars? Regardless, one wonders why the pushers would want to kill off their customers.


A lot of those bums seem to be productively employed, home owning, family types with kids. I find the "good riddance" take a little beneath you, Toby.

It seems just about any drug these days, including weed, is turning up laced with fentanyl and a lot of the overdoses are people who take the stuff unwittingly.

The great question is why are those distributing and selling these products doing it? What can they possibly get out of it? Do they want their customer base to die off?

I don't have a clue.

Sorry for my sarcasm, Mound. Your final questions are what I was getting at.

From my professional experience:
It is very difficult to dilute powder mixtures, especially when required dilution is high, e.g. 10,000 times. Also the the folks who prepare the final mix are not aware of a initial purity of the starting material.(i.e. IF and by how much the pure substance was cut)

Making hard drugs legal would open another Pandora box. There is no easy solution to the issue of street drugs. This is human condition, this is life.
A..non

A..non, I am sure that you are right as far as you take it but the Fentanyl problem in Vancouver is like a war zone. For what it's worth, I believe the problem is beyond accidental; it's deliberate. Someone thinks the mayhem is acceptable, may even be encouraging it. I don't know why; all I can do is conjecture. Vancouver gangs have been at each other for several years. Are they now trying to kill each others' customers?