In a Way, It's Kind of Fitting. 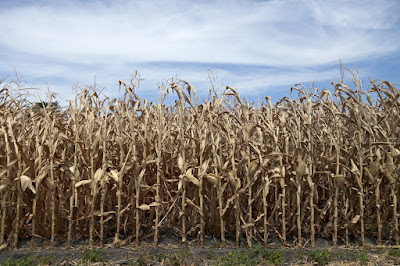 Somebody had to be first. Turns out it's America.

A new study finds that parts of the United States will reach the dreaded 2 degree Celsius climate change threshold faster than the rest of the planet.

The sad news it's the U.S. northeast where the early warming is expected to hit, not the climate change denyin', knuckle draggin' southern states.


Many of us want to know what’s going to happen to the climate where we live. How will my life be affected in the future?

This type of question is answered in a very recent study published by scientists from the University of Massachusetts at Amherst. The team, which includes Dr. Raymond Bradley and researcher Dr. Ambarish Karmalkar looked specifically at the Northeastern United States. They found that this area will warm much more rapidly than the globe as a whole. In fact, it will warm faster than any other United States region. The authors expect the Northeast US will warm 50% faster than the planet as a whole. They also find that the United States will reach a 2 degree Celsius warming 10–20 years before the globe as a whole.

So why does this matter? Well first, it matters because some of the effects people will experience are directly tied to the temperature increase in their region. For instance, we know that warmer air leads to more intense precipitation. In fact, we are already observing increases in very heavy rainfall across the United States (especially in the Northeast). Based on this new research, that trend will only get worse. It means that winters in this region will get warmer and wetter – more winter precipitation will likely occur as rain rather than snow. This affects the availability of water into the spring months. It also means that summers will have more intense heat waves which will lead to more severe droughts.

The summer condition described - heatwaves and severe drought - recently picked up a new name in American meteorological parlance, "flash drought." It describes what was experienced across eastern Canada last summer. That has always been a very productive agricultural region but it got hammered last year. Is that, as this study suggests, going to become Canada's new normal?

Your link doesn't work. Try this one.

Are they confusing cause and effect?


I believe it's fixed now. Thanks.

As for your question, it's not clear to me what you're getting at. Please expand on that.

What's with blogspot that posts vanish? Anyway, I posted a note that my question was meant for your post on genes. I had a grey moment. :-) Sorry.