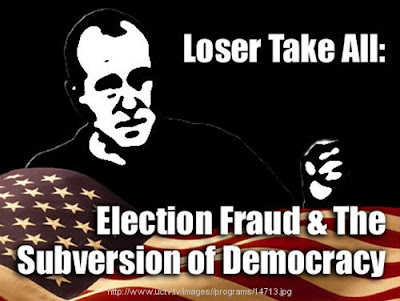 America's national intelligence wizards will be spending the day describing to Congress how the Russians hacked America's November election to usher Trump into the White House.

According to Lindsey Graham, Rep. S. Carolina, this has his fellow senators up in arms, 99 out of 100 believe the US election was manipulated by Moscow. How dare some foreign outfit rig America's election?

...while Americans feel justifiably angry at alleged interference with their political process, they have also been handed a mirror, and the reflection should disturb them.

For the US is a world leader in the field of intervening in the internal affairs of other countries. The alleged interference is far more extensive than hacking into emails belonging to unfavoured political parties. According to research by political scientist Dov Levin, the US and the USSR/Russia together intervened no less than 117 times in foreign elections between 1946 and 2000, or “one out of every nine competitive, national-level executive elections”.

Indeed, one cannot understand US-Russian relations today without acknowledging America’s role in the internal affairs of its defeated cold war foe. As Stephen Cohen puts it, after the collapse of the Soviet Union, the approach of US advisers “was nothing less than missionary – a virtual crusade to transform post-communist Russia into some facsimile of the American democratic and capitalist system”.

As soon as Bill Clinton assumed the White House in 1993, his experts discussed “formulating a policy of American tutelage”, including unabashed partisan support for President Boris Yeltsin. “Political missionaries and evangelists, usually called ‘advisers’, spread across Russia in the early and mid-1990s,” notes Cohen: many were funded by the US government. Zbigniew Brzezinski, the former national security adviser, talked of Russia “increasingly passing into de facto western receivership”

...Take Italy in 1948: as the cold war unfolded, the US feared that a socialist-communist coalition would triumph in Italian elections. It barred Italians who “did not believe in the ideology of the United States” from even entering the country; funded opposing parties via the CIA; orchestrated a massive propaganda campaign, including millions of letters from Americans of Italian origin; and made it quite clear, via the State Department, that there was “no further question of assistance from the United States” if the wrong people won. Its efforts were a success. This was the first of many Italian elections featuring US interference.

...There are more recent examples too. Take the military overthrow of Honduras’ Manuel Zelaya in 2009. The then secretary of state – a certain Hillary Clinton – refused to describe the toppling of Zelaya as a “military coup”, which would have required the suspension of US aid, including to the armed forces. Rather than call for Zelaya’s reinstatement, Clinton called for new elections. US assistance – including military aid – continued as dissidents were treated brutally; as death squads re-emerged; as violence against LGBT people surged; and as widely boycotted unfair elections took place.

Allegations of Russian interference in the US elections are undoubtedly alarming, but there’s a double standard at play. Meddling in foreign democracies only becomes a problem when the US is on the receiving end. The US has interfered with impunity in the internal affairs of so many other countries. The day that all such interference is seen for what it is – a democratic outrage, unworthy of any great nation – will be a great day indeed.

It much depends upon what you choose to believe.
Sorting fact from fiction is not as easy as we may think.
Take this as an example.
https://www.youtube.com/watch?v=88XQcpU5Vuk

It's obviously a fake, but cute , we want to believe it!
The same goes for much more serious happenings.