The FBI, Director Comey, the New York Field Office and, Behind the Curtain, Rudy. 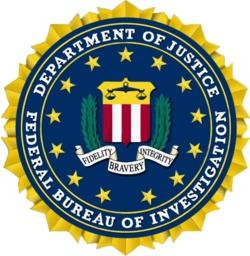 There may be no smoking gun yet but there's smoke, loads of smoke.

We don't know yet whether the PervertGate scandal is even real, or real enough, to leave the Great Orange Bloat mortally wounded but there's plenty of leads suggesting that Trump and others may be implicated in  wrongdoing.

Let's revisit this Giuliani moment of hubris from just before the election.

The Guardian adds this:

The FBI [after it had received the dossier] continued to refuse to comment on the issue, despite reports that it had requested and perhaps acquired a warrant for further investigation from the Foreign intelligence surveillance (Fisa) court. The silence was not altogether surprising. The FBI counter-intelligence division, headquartered in Washington, is extremely secretive, much more so than the New York field office, which had strong links to former prosecutor and mayor Rudy Giuliani, who was by then working for Trump. The threat of leaks from New York about Clinton emails had reportedly pushed Comey into making his October surprise announcement.

Was James Comey, the director of the FBI, pressured by Giuliani or his branch of the FBI, the New York Field Office, into the October scandal fiasco? Was Comey threatened, intimidated?

Somebody has some serious explaining to do.

UPDATE - Today it's been revealed in The New York Times that the US Justice Department has opened an investigation into Comey's curious behaviour during the election.
Posted by The Mound of Sound at 4:03 PM

Luckily for these guys there is no actual independent legal mechanism in the US that will prosecute them for wrong doing. In the US, there is only one oversight for the President (and those he is willing to protect), and that is the Congress (and de facto, only really the Senate). Trump could actively admit that he is doing all sorts of illegal and nefarious things and if the Congress choses to look the other way, there is really nothing that can be done. That's just the nature of the system. I mean, in a few days the US will have a president that is deeply mired in monumental conflicts of interest, but the only people that can actually convict the President of a crime is Congress, and they certainly won't do that (unless they perceive it to be in the Republican interest somehow). Nixon was more right than Americans are willing to admit when he said he couldn't have done anything illegal because the president can't by definition act illegally. This basic constitutional problem has always existed in the US, but there has never been any political will to change it, for the same reason that neither the Cons or the Libs in Canada are willing to change the FPTP electoral system - because it serves their interests.

re: accuracy of the dossier.
The BBC has revealed tapes from different souses in St. Petersburg and in Moscow. That does not make the chances of accuracy double, they are quadrupled.

We know who wrote the memos, his CV , his reputation of accuracy and reliable contacts and the name and location of his business.

The believibility of the memos shot up overnight.

.. this is the era of great litigational blur.. the smudging, deflection, denial, deceit by prospective or elected 'public servants' - this is the new era of 'grooming' the public, the 'system', elections - you name it. If you can play the system or afford the 500 an hour minimum lawyers, you can get away with just about anything.. anything! Every bit of news reportage regarding crime or potential crime has to include the words 'alleged' or allegations unproven in court.. and even then, there's the twisty road of appeals, bluster or the time honored 'gone to spend time with the family' or relocation to a country with no extradition agreements.

The blurring of reality will just get worse. The deletion of texts or emails. The surrender of media and justice to the beat down of vicious self serving greedy opportunists. History tells us (if we listen) that the buffalo, the Indians were systematically attacked by those with 'god on their side' - In hindsight it seems ridiculous.. insane.. but the current reality is that the general population.. of middle class & as always, the poor are under attack with the same fervor now, as the buffalo and the heathen Indians. And in exactly the same way, the complicits and the ignorant plus the bureacracy of public servants and military are following orders and making it so.


Sal, I only wish America was Standing Rock but I'm far from convinced. Americans place their hands over their hearts and claim to cherish their nation, their democracy, the shining city on the hill, but when a vulgarian wipes his shit stained boots on all that, when their democracy is imperilled, do they rise up in righteous indignation or do they just head to the mall instead or take in a movie? There's a complacency that belies their passionate gesture. Patriotism in the US, when it's challenged, is revealed a very thin veneer indeed.