I think the world would be far better off if we demanded that every candidate for political office held a valid pilot licence.   Why?  Because time and again, pilots demonstrate a willingness to put the lives of others ahead of everything, including their own.

We saw that again in Germany over the weekend.   An Australian fellow was taking a few reporters on a hop in this Goodyear blimp. 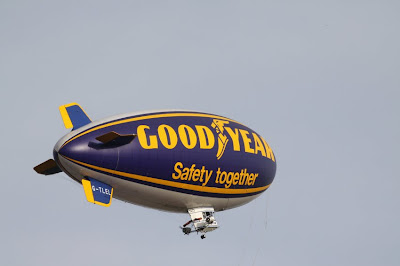 Toward the end of the flight an accident occurred causing a fire to break out. 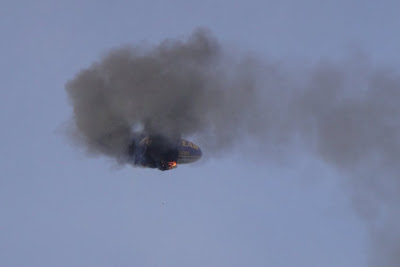 The pilot managed to get the airship back down to within a few metres of the ground before ordering his passengers to jump.   Once they were safely on the ground, the blimp and pilot soared back into the sky.  And then it was over. 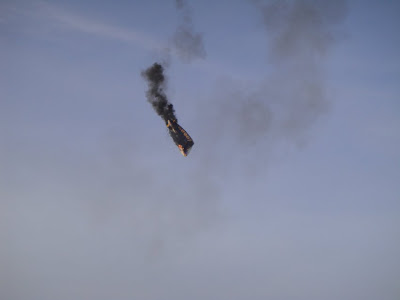 The pilot somehow survived the impact but burned to death in the fire.

Could you imagine Cap'n Steve at the controls?  Guess who would have survived then?
Posted by The Mound of Sound at 9:36 AM