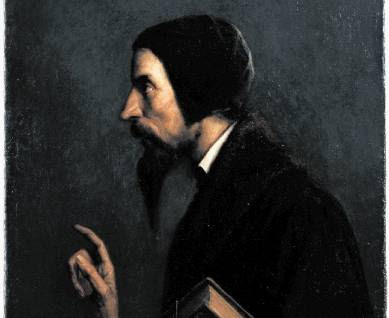 "Capitalism, in its current form, no longer fits the world around us."  What a curious thing for the founder and chairman of the Davos World Economic Forum, professor Klaus Schwab to declare.  "A global transformation is urgently needed and it must start with reinstating a global sense of social responsibility," he added.

"Growing inequities within and between countries and rising unemployment are no longer sustainable ... We must rethink our traditional notions of economic growth and global competitiveness, not only by focusing on growth rates and market penetration, but also, equally — if not more importantly — by assessing the quality of economic growth."

"How sustainable is it and at what cost to the environment? How are the gains distributed? What has become of the family and community fabric, as well as of our culture and heritage? The time has come to embrace a much more holistic, inclusive and qualitative approach to economic development."

Into this burst of overdue enlightenment plods Canada's own mildewed cardboard leader, Steve Harper, to deliver an unlikely keynote speech laced with economic Calvinism.   Steve is widely expected to scold the Euros and preach fundamentalist capitalism as the cure for what ails everyone else.

Why is it that, no matter the venue, Steve must be such an embarrassment to his country and the Canadian people?  His followers say Steve always considers himself the smartest man in the room but that only begs the question of what perverse notion of "smart" must this out-of-touch demagogue hold?

Like Obama, the Davos chairman is zeroing in on the malignancy of inequality.   Professor Schwab speaks of sustainability and the environment, community, socially responsible capitalism.   These are notions utterly alien to Steve Harper, beyond the realm of his constipated intellect.

The good thing is that broadbased movements like Occupy, shifting public attitudes and an awareness at the altitudes inhabited by people like Professor Schwab and Barack Obama, suggest that we're on the brink of social change that, at this point, probably can't be stopped.   The bad thing is that there remain plenty of Steve Harpers with atrophied and myopic thinking that will have to be swept out of the way before the floor is clean enough to move on.  These obstacles to progress are invested in their fundamentalism and they won't go until they're forced out.  And we owe just that to them.
Posted by The Mound of Sound at 10:10 AM

Some of the Davos participants have an incoherent idea about being enlightened, benevolent despots, while continuing to destroy what structures of "social responsibility" remain in their societies.

Then we have even more primitive thinkers, like stephen harper, who doesn't even trouble himself with imagining alternatives to his failed political-economic prejudices.