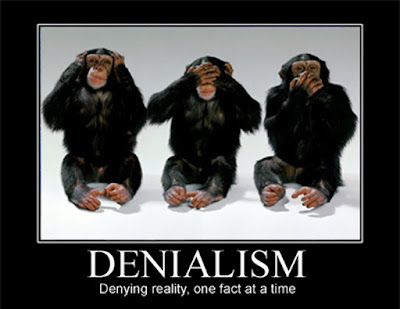 There's a powerful conservative movement in America determined to purge unwanted subjects from their schools' curricula.   For generations they've fought against teaching kids about the theory of evolution.   Now that same group is adding climate change to their agenda.


The National Centre for Science Education (NCSE), which has worked for 30 years to keep evolution in the classroom, said it will begin offering teachers advice on how to deal with students, parents, and even school authorities demanding they drop classes on climate change.

"We have been getting anecdotal reports for a couple of years now of teachers getting hammered for teaching climate science – just like they did for teaching evolution," said Eugenie Scott, director of the centre.

The new initiative launches on 16 January – in the throes of a Republican primary contest in which candidates have fallen over each other to discredit climate change, or the link to human activity.


In the last two years,  ...the NCSE has registered a crossover effect, with opponents of evolution also taking on climate science. "Evolution is still the big one, but climate change is catching up," Roberta Johnson, director of the National Earth Science Teachers Association (Nesta), told Science earlier this year.

A number of state legislatures have taken up bills that would limit teachers' ability to discuss topics such as evolution, climate change, and stem cells.
Posted by The Mound of Sound at 8:39 AM

I think climate change is a bigger issue, because it is an issue we need to face now. Knowing where we came from for sure is a good idea, but knowing where we are headed, and lying to ourselves about it so we can continue our wasteful lives will be catastrophic.