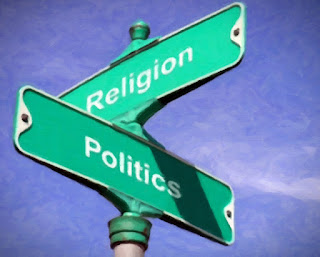 Much as we might wish otherwise, this "two state" ruse can't go on forever. With every theft of land from the Palestinian territory, Israel is serving notice that it has no interest in handing the territories it has illegally occupied back to some Arab.

Our complicity is based on pretending that "two state" solution is still a thing. We pretend, fully knowing better, that it could actually happen. We pretend that the Palestinians could someday see that land returned to them.

Much hinges on keeping that pretence alive. If we accept reality we also have to accept that Israel is an apartheid state which, in reality, it absolutely is. Of course if we have to accept that Israel is an apartheid state, the fiction that it's a democracy flies straight out the window. Our main justification for so unreservedly supporting Israel is the fanciful notion that it is the only democracy in the Middle East. There you have it - a fictional construct of one layer atop another atop yet another. Were it not so well practiced for so many years, it would strain credulity to the breaking point.

Even the United States has shown that the decades-old ruse is no longer defensible. Secretary of state, John Kerry, made that plain when he spoke bluntly saying that Israel can either be a Jewish state or a democracy but not both. Put another way, Israel can be a democracy or else just another theocracy is a region chock full of backward, monotheistic states constantly at war with or preparing for war with each other.

To a "postnational state" like Canada, that should seem utterly alien.
Posted by The Mound of Sound at 10:58 AM

.. It really takes one into the realm of the hysterical.. the posturing, and the shocking reality of Palestine - Israel.. the sheer irony, hypocrisy. But there you have it. What continues to surprise me is the odd partisan stances we see Canadian and of course American politicos align with. Is it about stability in the Middle East? Is about votes? Or is the ferocious war cry of anti-semitism? ie fear of immediate backlash? By the way.. what is the matching war cry when it come to anti-Palestine behaviour? Or are we paying politicians still locked in some ancient 'Crusader vs the Infidels' evangelical fallacy syndrome? Stephen Harper of course comes to mind - he sure knew where his bread was buttered & had Paul Godfrey on his speed dial and Ezra Levant of course. But what of the weird Lisa Raitt? where did the Cape Breton girl get her dogma from? And all the rest of that twisted loutpack? How do they qualify, quantify or back up their moral mission for Israel? Are we to expect their respective constituents across Canada? Calgary or Saskatchewan or Hamilton, even Mississauga have directed such divine belief be upheld.. is it part of some 'Rapture' fable ? What next? CPC for Mormans ? ?

Hey, Sal. My take is that the pro-Israel constituency, the combined Jewish/evangelical Christian vote, certainly overshadows anything that could be recognized as a pro-Palestinian vote.

I cannot claim to hold any particular fealty to the Palestinians beyond wanting their homeland restored and persecution ended. There'll never be anything approaching a two state solution without that. Everyone knows it, including Netanyahu.

Do the Zionists really care how many more generations it takes as long as they don't encounter anything that stops the project as they continue to nudge it towards completion? Musing about "two states" will do for now.

That's the extent of my moral certainty.