They went abroad to fight fascism. Half of them didn't live to come home. These were Canada's first Anti-Fa, the Mackenzie Papineau battalion of the International Brigade that fought with the Republicans in the Spanish Civil War. 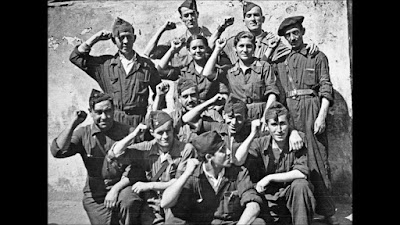 The history of their ill-fated war against Franco and his German and Italian allies inspired Canadians at home. The Liberal government of the day would have happily thrown them in jail if it wasn't for the outpouring of support the MacPap veterans received on their return.

One Canadian who served the Republican cause was Dr. Norman Bethune of Gravenhurst. 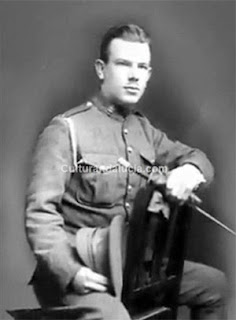 Bethune went on to organize the first mobile bloodbank enabling Spanish Republican fighters to be treated in the field. 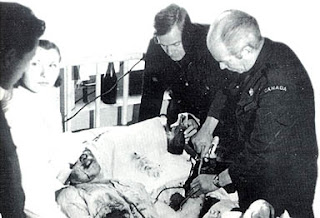 All well and wonderful until you read Orwell's "Homage to Catalonia" and get a bigger picture. Basically you had Stalin running the anti-fascists and hostile to the socialists (including Orwell) who thought they were on the same page fighting Franco and the Nazis/Italians. Then the socialists were basically wiped out by Stalin's boys and his International Brigades.

CBC Radio's Ideas program has run some repeats on Orwell this summer which intrigued me. His loathing of Stalin/Communists began in Spain. You can get a sort of a kind of a summary on Wikipedia's page on "Homage to Catalonia".

In today's terms it was sort of the ultimate battle between the alt-right and alt-left. Anybody in it for dreamy "ideals" got crushed.

In my opinion, Franco was bad, and the Canadians fighting him were good. Canadians went on to defeat Francos friend Hitler. That was good too.


I'll have to leave that assessment to the Canadians who fought in the Mac-Paps and survived to make it home, BM. I've not read of many of them who were pro-Stalin although I expect there were a few. I also haven't found anything to indicate the Mac-Paps were involved in the mini-civil war among the anti-fascists that pitted Stalinists against Trotskyites.

Anybody in anything for "dreamy ideals" will always get crushed. That's what dreamy ideals are for.

Dreamy ideals are for dreamy people.
It' difficult to be pragmatic.