Gorka and Arpaio. They're both obnoxious but only one drew the short straw.

Yesterday the White House announced that the odious Sebastian Gorka is no longer part of Team Trump. No word on how Gorka, England born and raised, but speaking English with a heavy Hungarian accent, took his leave - whether he quit or was shoved - but in the wake of the departure of Steve Bannon, it was not a red letter day for the radical right.  Who's next? Stephen Miller comes to mind.

Gorka, by the way, did not depart gracefully. That much is obvious from these excerpts from Gorka's resignation letter published at thefederalist.com: 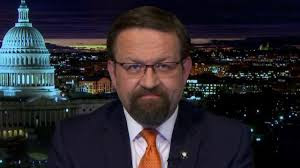 “[G]iven recent events, it is clear to me that forces that do not support the MAGA promise are – for now – ascendant within the White House,” Gorka wrote. “As a result, the best and most effective way I can support you, Mr. President, is from outside the People’s House.”

“Regrettably, outside of yourself, the individuals who most embodied and represented the policies that will ‘Make America Great Again,’ have been internally countered, systematically removed, or undermined in recent months. This was made patently obvious as I read the text of your speech on Afghanistan this week…

“Just as worrying, when discussing our future actions in the region, the speech listed operational objectives without ever defining the strategic victory conditions we are fighting for. This omission should seriously disturb any national security professional, and any American who is unsatisfied with the last 16 years of disastrous policy decisions which have led to thousands of Americans killed and trillions of taxpayer dollars spent in ways that have not brought security or victory.” 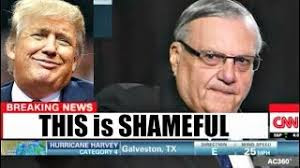 Bad news for the far right but tinged with good news for Trump's rabid right base.  The Cheeto Benito has delivered on his promise to pardon Arizona's racist sheriff Joe Arpaio.  The self-styled "America's Toughest Sheriff" has been criticized and prosecuted for being a real rightwing shit.
Posted by The Mound of Sound at 9:14 AM