$10 Oil Bearing Down on US Markets 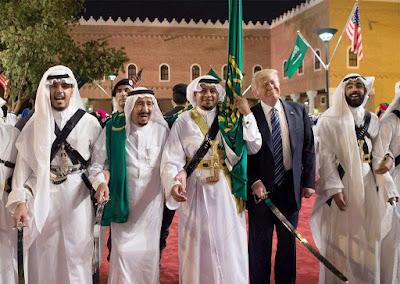 The world oil supply is bursting at the seams. World oil producers are running out of places to put it. The Saudis (and others) have been so backed up with product that they're forced to use supertankers, not to deliver oil but to sit at anchor, storing it.  When you're down to supertankers, you're in trouble and so is every other petro state.


In times of lockdowns and social distancing, inventories in the U.S. are soaring, storage capacity is stretching thin in many areas, producers are idling rigs and curtailing production, and some regional grades are priced so low that they could soon turn negative. In other words, producers may have to pay their customers to help them get rid of the oil they have pumped.

As if this wasn’t enough to depress U.S. benchmark oil prices, a wave of Saudi oil is making its way onto tankers, headed for America this month, various tanker-tracking data estimates show.

In early April, tanker-tracking data compiled by Bloomberg showed that Saudi Arabia – the world’s top oil exporter – was making good on its promise to flood the world with oil even as demand collapses, with a surge in tankers carrying Saudi crude to the United States.

“The pressure on storage capacity in North America is becoming intense, with the tanks at Cushing, Oklahoma, set to reach effective limits by the end of next month; companies are running out of places to put the unwanted oil that they are producing. In the physical crude markets many US blends are selling at deep discounts to WTI futures,” Ed Crooks, Vice-Chair, Americas, at Wood Mackenzie, wrote last week.

The Saudis are in trouble. The ruling House of Saud finances the entire state budget on the only thing the Saudis have that anyone is interest in buying - oil. To keep the people happy, the Saudis need to drive prices well above $70 per barrel, the same level needed by the Tar Sands. But US shale oil producers could still make money at $40 per barrel.

In a high-risk, all-or-nothing move, the Saudis decided they had to beat the "cheap oil" producers at their own game to drive them out of the markets. It was as stupid as Hitler's decision to send his best remaining panzers through the Ardennes forest in mid-December, 1944. Just as the Battle of the Bulge marked the German's last offensive of WWII, something just as disappointing now faces Riyadh.

At least the Saudis are now too broke to keep bombing public markets in Houthi-held Yemen. Sometimes things do work out for the best.

Another article in Oil Price suggests that Peak Oil comes not with $140 a barrel oil but with $10 a barrel of oil.
How conditioned we have become to the whims of big oil!

There still could be more shit to hit the fan if Trump puts restrictions upon foreign oil imports to the US.


He's like a pinball just before the game goes "tilt"