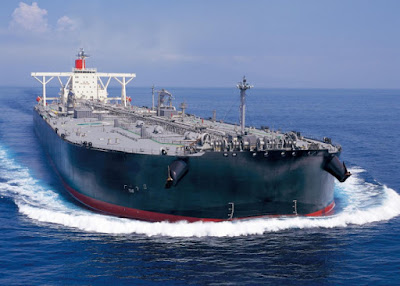 They didn't see it coming. On the morning of Sunday, December 7, 1941, a fleet of Japanese aircraft carriers launched a devastating surprise attack on the US Navy's forward base in the central Pacific, Pearl Harbor. They caught American sailors napping.

Now there's another fleet steering for American shores, perhaps hoping to catch the Americans distracted by the Covid pandemic.


The world’s top oil exporter, Saudi Arabia, is making good on its promise to flood the world with oil even as demand collapses, with a surge in tankers carrying Saudi crude to the United States, tanker-tracking data compiled by Bloomberg showed on Wednesday.

Last month, when Saudi Arabia pledged to flood the markets with oil, the Kingdom’s crude oil exports to the U.S. hit a one-year-high of 516,000 barrels per day (bpd), according to the data compiled by Bloomberg.

So far this month, at least seven supertankers carrying a total of 14 million barrels of oil are currently traveling to the U.S. Gulf Coast. This compares to just 2 million barrels of Saudi oil en route to America in the same period in March. Almost all tankers are chartered by the Saudi state-run shipping firm Bahri, according to the data compiled by Bloomberg.

Just after the collapse of the OPEC+ production cut deal in early March, Saudi Arabia’s Bahri was understood to have hired multiple very large crude carriers to carry all the extra oil that the Kingdom planned on exporting in April—a rare move indeed for the shipping company that sports its own fleet of 41 tankers.

And, unlike the Japanese at Pearl Harbor, the Saudis might have a second wave in mind.


The Kingdom is ready to further boost its exports, despite growing diplomatic pressure for a global deal, the analyst noted.

“At least 18 ballast VLCCs are currently positioned very close to Saudi Arabia's oil terminals of Ras Tanura and Yanbu, which could load around 36 million barrels in total,’’ according to IHS Markit Commodities at Sea.