A Virus That Stalks Humanity 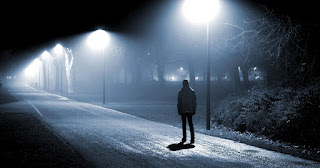 There's a lot of talk these days about lifting the Covid-19 quarantine. The governors of New York and five other east coast states have formed a working group on lifting some restrictions. The governors of California, Oregon and Washington have their own task force looking at the same things.

Spain, that was so hard hit, is trying to ease the population back to work.

Does all this sound a bit too much, too soon? The World Health Organization thinks this early-onset optimism could backfire.  Until we get the global population properly vaccinated, the WHO says Covid-19 will continue to stalk us.


An official with the World Health Organization cautioned that the coronavirus is likely not seasonal but will rather continue sporadically until researchers are able to make a vaccine.

The WHO's special envoy, Dr. David Nabarro, made the remarks during a Sunday appearance on NBC’s Meet the Press.

“We’re not so sure that it will come in waves in the way that influenza does,” Nabarro explained. “We think it's going to be a virus that stalks the human race for quite a long to come until we can all have a vaccine that will protect us. And that there will be small outbreaks that will emerge sporadically, and they will break through our defenses.

“So, the key for this particular virus is that every community, as a kind of defensive shield, can pick up cases as soon as they appear, isolate them, and stop outbreaks from developing,” he continued. “It's going to be necessary for every single country to have that capacity.”

Meanwhile, The Guardian's Simon Jenkins writes that, at a policy level, we're all flying blind.


The trickle is starting. Spain, Austria, Italy, China, possibly Germany and the US will this week begin, however hesitantly, the great return to work. As others hold back and some may even toughen lockdowns, the result will be the most extraordinary mass experiment in history.

The outcome should go some way to settle the central argument of coronavirus policy, of lockdown and suppression v mitigation and herd immunity. It will also condition a later political blame game, who was right and who was wrong.

In this experiment, only one thing should matter: the evidence. It is the lack of it that has clearly determined the wide diversity in policy responses in different countries. We see a potentially fatal disease, Covid-19, of unusual infectiousness. Yet we have no idea how infectious, because lack of testing means we cannot tell if vast numbers of people have it to some degree, or just a few. The science disagrees. We have no idea if fatality is the outcome for 5% of victims, or 1%, or 0.3% – and therefore how drastic should be the response.

Statistics are in chaos. Death “rates” lag behind deaths. Deaths are confused with “hospital deaths”. Headlines highlight “most cases per nation” or “most deaths per nation”, not deaths per million. Yet we are at the mercy of these statistics. They are the raw material of the modellers, and their models are the sacred entrails into which policymakers peer each day, to see what level of lockdown to impose on their people.

Herd immunity? The only way societies are protected by herd immunity is when a substantial percentage of the population has immunity either through previous exposure to the disease or vaccination. That's it, A or B. The B option, a universal vaccine, is months, perhaps a year or more away. Then there's option A, previous exposure. No one knows if a bout of Covid-19 confers immunity on the survivors. There are anecdotal reports of individuals contracting the virus twice. But, even if Covid-19 does confer immunity on those it fails to kill, the percentage of those who have contracted the virus, in the US it's one in several hundred, falls far short of the substantial percentage needed to create effective herd immunity.


Economics has taken a terrible battering this last month, because it is thought to put “money before lives”. But all options cost lives, which is why political judgment has moved to centre stage. Businesses are ruined, dreams shattered, people die. As in the conundrum of the swerving driver, do you avoid one death now, but is it at the cost of five down the road?

The cliche is true. Only time will tell, but that time starts now. The task is to scrutinise the evidence and let it tell the truth, not just the truth we want it to tell.

No one knows if a bout of Covid-19 confers immunity..

Some reports of re infection!

“We’re not so sure that it will come in waves in the way that influenza does,”

Are we prepared to go into lockdown on an annual basis?
If so , on whose recommendation?

Coronavirus is about to become an economical and political weapon that could batter human rights and freedoms; those that think it will be a new beginning have their heads up their posteriors!!

The world just went from wanting democracy, such as it is, and freedoms to the lust for a fascist dictatorships.
Perhaps we wish for some strongman or woman to make our awkward decisions for us?

Such is the nature of a world that has cast responsibility aside?

As some historians remarked at the opening of this millennium, the 21st will probably be a "century of revolution." At the time they seemed alarmist but the events of the first two decades seem to bear them out.

We have embarked on a new era. Sad that it is to contemplate the comfortable "old familiar" ways that evolved through the Holocene may not work in the Anthropocene.

When you go back to Runnymede, the road to democracy was a not always gentle evolution over eight and a half centuries during which mankind was not challenged by the threats we confront, sometimes, or try to ignore, more often.

Maybe we'll need a new social compact if we're to hold society together. A new glue to maintain social cohesion. I'm not sure that the degree of good faith necessary for that sort of thing is easy to find these days.

Where are all the wise men?

.. the bizarre 'dividing line' that's become undeniably visible
has shown us who exactly in North America
is unable to recognize or admit the obvious realities of Covid-19

Best start taking names and compare them
re another criteria.. those who deny and/or will defy all efforts
against the far greater foes of global warming & overpopulation
Disaster & war always breeds disease, deprivation and death

All this despite the overwhelming indisputable evidence
we are being slammed with daily.. re Covid-19 and climate change

Now.. apply a damning third comparison..
Those prayerful people who proclaim their 'christian' belief
tells them they can & must ignore the evidence
ignore the grim reality & the need

By that 3rd test we find ourselves knowing a simple fact
We know who will kill us.. our children.. their children
and will kill the planet.. all with their 'best intentions'
and always accompanied by their 'thoughts and prayers'

Those are people and groups to be cut out from the herd
and must never be allowed in any position of power or influence
Whether driven by ego, fantasy, greed, myth,
upbringing, lack of character, cowardice.. all irrelevant
All that matters is those three strikes.. its black and white

Iceland has tested extensively, outside and beyond the risk groups that are being tested here and elsewhere.
Initially they showed tons of asymptomatic carriers. However, (thankfully) most of those folks soon got sick.

If we're prepared to vaccinate everyone (ya think?) than why not test everyone? (Test, trace and track.)

Let's test our way out of this crisis. Safe vaccines take time.
Development of rapid, low-cost, local testing should be the priority.

Sal, that has a tinge of "Lord of the Flies" to it, eh? We have become tribal, have we not? How do we surmount that? How do we restore the degree of social cohesion that societies need to get through great challenges?

NPoV, you may be right, but I think the government may have blown its lunch money on relief cheques. Testing - repeat testing on a mass scale - does not come cheap.

"repeat testing on a mass scale - does not come cheap."

Yes, NPoV, vaccination isn't cheap but, as we've learned in our own lifetimes, it works when we're not so stupid as to defeat it with conspiracy theories.