"A Confused Follower Nation" - Trudeau Gets It 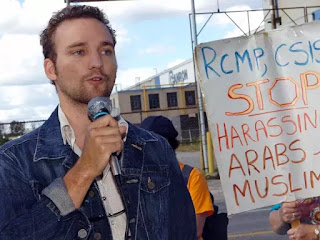 Unfortunately it's Pierre Trudeau's other surviving son, Alexandre, who gets it not the one who springboarded off the family name to become prime minister.

"In recent times Canada has disappeared as an independent voice, as a country that makes its own decisions about things," Alexandre told host Rosemary Barton. "When's the last time you think: 'Well, Canada really has a position that is unlike any other?' We've kind of fallen into a confused follower nation."

Alexandre also got it right when he described his brother as Canada's "salesman in chief."
Posted by The Mound of Sound at 8:18 AM

That certainly is not a "joke".

Did someone suggest it was?

Didn't suggest anyone said so. It is not a "joke" but a GD fact.