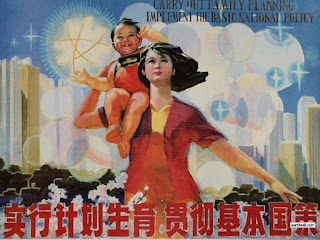 Chinese authorities seem eager to scrap the "one child" policy for the nation of nearly 1.4-billion. They want more babies.

On Sept. 17, officials in the central Chinese city of Yichang sent an open letter urging Communist Party members to have a second child and help replenish the city’s falling birth rates. This follows a nationwide move to a two-child policy in early 2016, prompted by fears the country’s shrinking worker base could act as a continuing drag on economic growth.

In short, China’s unpopular and controversial system of population control known as “one-child” policy is becoming “have one more child” policy. But the move may be too little and too late for a country that has become synonymous with the most restrictive birth policies in the world.

As a policy matter, China’s switch to the beginnings of a pronatalist policy is sensible. As with many other modern societies, family sizes in China have shrunk due to the combined forces of urbanization and female empowerment, which has created more opportunities for women.

Several countries have tried to stem the downturn in their own birth rates by offering financial incentives — cash payments called “baby bonuses,” as well as tax breaks. Others have been more blatant in telling their citizens to, quite simply, do it for their country. Italy just launched its first annual “Fertility Day,” a much criticized campaign that follows on the heels of similar movements in Denmark, South Korea, and Turkey. In 2010, South Korea’s Ministry of Health and Welfare designated days when it turned off office lights early as “family days” in hopes its workers would go home and make babies.

Okay, whatever. More Chinese babies it is then even though some credible studies by Chinese experts contend the country is already well on its way to hit 1.5 billion by 2035.
Posted by The Mound of Sound at 11:50 PM

So, I am supposed to recycle everything (save for my breath) and wear 2 sweaters at home in winter while 100+ millions of new consumers are born every year.
Après moi le déluge...
A..non


I completely understand your take, A..non. Totally. BTW, one reason India is so reluctant to abandon coal power is that they see it as integral to their strategic goal to grow their population larger than China's.

"Other than that, Mrs. Lincoln, how did you like the play?"

Anyong...Since China is supporting Trump in the hope he reduces America to rubble which will be good for China, it isn't difficult to understand why China wants an extra supply of war slaves. In simple terms, China's ambition is to have their turn at ruling the world?

War slaves? What is that? They're certainly not looking for more cannon fodder if that's what you're getting at. China is modernizing its military which translates into more and better gear for its air force and navy and a far smaller army. The cutbacks in the army have been significant and it will never see the numbers it once deployed.

Sad to see this experiment end.

"Economics" doesn't work if we invert the population pyramid.

And our species will not survive if we don't.