But, Surely, That's the Whole Point 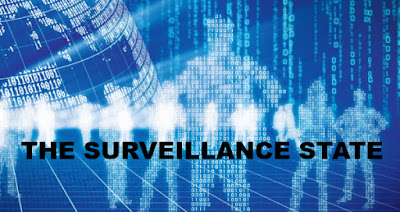 The federal government is failing to protect the privacy of law-abiding Canadians under a sweeping new information-sharing regime, warns Canada's privacy watchdog.

The privacy commissioner said there was no proper evaluation before key parts of that law went into effect — and not enough oversight now to keep the new powers in check.

...Therrien warned the potential for large-scale sharing combined with technological advances could allow personal information to be "analyzed algorithmically to spot trends, predict behaviour and potentially profile ordinary Canadians with a view to identifying security threats among them."

Each of us is now just one big Facebook page to our government and its cohorts and it's logical that those who abuse your privacy will get increasingly more careful at covering their tracks.

It's pretty hard to give the prime minister's surveillance cadre the benefit of the doubt when they're so unwilling to afford us the same.
Posted by The Mound of Sound at 1:44 PM

Such is the twisted nature of the surveillance state. The private citizen has no privacy, while the public servants' acts are never made public.


To think this is happening on the watch of the son of the guy who gave Canada the Charter of Rights and Freedoms is appalling.

He and his party voted for Harper's Bill C-51. The so-called liberal Obama furthered the surveillance state momentum of the Bush administration, and I fully expect Trudeau to do the same here.

From what I've seen so far, Trudeau is not one to rock any boats. He certainly won't take on the agenda of the Five Eyes.

Justin Trudeau the Prime Minister of Canada, who is really just the public relations front man for the liberal party and for their neoliberal global corporate advisors and backers.

We have a semi-new government by which, like the previous Harper cons., we once again are left standing on the sidelines watching as the policies domestic and foreign they have and will continue to create will attempt to overide our laws, violate our freedom of speech and privacy rights.

I suspect that Trudeau does not have the intellectual capability to understand the ideas underlining the policies he's being advised to create. He may go down in history as being the PM most easily manipuLated.

I may be wrong about his intellectual capability, but I find it very hard to get a handle on his thinking at least up to this point.

On the hereditary component of intelligence:

John, I'm not sure if that speaks well of the female gender. Remember, for every truly bright individual there are a lot more floating at the shallow end of the gene pool. Presumably they also inherited their intelligence from their mothers.

Pamela, the son is certainly not on the same intellectual plane as his father. He also came to politics without the raucous life experience that forged Pierre Trudeau prior to being recruited to Ottawa by Lester Pearson.

I have a sense that those under 40 have a feeble grasp of what a man and a prime minister Pierre Trudeau really was. It's a bitter irony that the father's Charter of Rights and Freedoms so chafes the son's impulses whether it's C-51, assisted dying, etc. Pierre, as it turns out, is protecting Canadians against Justin just as he safeguarded Canada against Harper's excesses.

That must drive Liberals around the bend.

@ Cap. I expect you're right. I wish you were wrong.