Harper's Favourite Jailbird - A Man of Many Convictions. 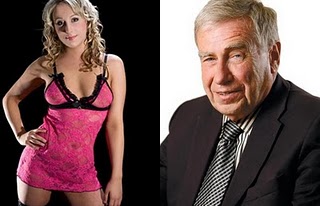 Bruce "The Mechanic" Carson has added to his score. This time it's three counts of illegal lobbying.

Carson broke the law while pushing Harper’s fossil fuels friendly agenda from two perches. One was an oil lobby group, and the other was a federally funded think tank at the University of Calgary billed as a clean energy research centre before Carson helped bend it to oil sands advocacy.

In a lengthy 97-page decision, Justice Catherine Kehoe found that the Harper aide broke the law by repeatedly communicating with public office holders for payment about oil sands issues during the five-year prohibition period. Despite warnings, Carson never bothered to register as a paid lobbyist either.

Carson's hidey-hole, the University of Calgary, didn't come out unscathed either:

In a 2015 Tyee interview, Keith emphasized that Carson’s thinly disguised political lobbying promoted a one-sided and distorted perspective on the oil sands and climate change in Canada that ignored national risks.

“What disturbed me most was that a university think tank refused to do what a university should do: bring in diverse views and have strong debate. The government and industry didn’t want that.”

Unfortunately, no one has much appetite any longer for exploring who egged Carson on, who aided and abetted his efforts on behalf of the federal government's Tar Sands initiative. I suspect there could be a really great book chronicling the relationship between Stephen Harper and Bruce Carson.
Posted by The Mound of Sound at 9:43 AM

Hey,
The best part of this article (IMHO):
"Curiously, two prominent books on the Harper administration by Paul Wells and John Ibbitson barely make any reference to the Carson scandal or the millions of taxpayers’ dollars diverted to support corporate energy agendas during his government.

With the exception of iPolitics and the CBC, the mainstream newspapers largely ignored a wide-reaching scandal that undermined the integrity of universities while promoting the Harper administration’s pro-pipeline and anti-environmental agenda."

For the folks that think PR will solve all our problems....
Control of MSM is far more important than any voting system.


Yes, NPoV, finally, a true believer. I've been writing, it seems forever, that our democratic restoration has to begin with the breakup of the corporate media cartel. What difference does it make how our votes are cast if we don't have a properly informed electorate. The corporate media purvey not information, not news, but messaging which, unlike information, is inherently proprietary and, as such, easily commodified.

Do you hear any party calling for the cartel's overthrow? Only one party even has a policy on this - the Greens.

Anyong: Since what time has Alberta ever had diverse views about anything?