Maybe We Can Rent Space in Guantanamo 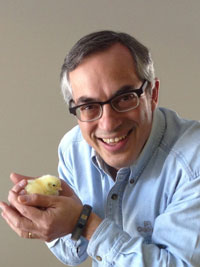 You might expect something goofy from Tony Clement and it seems he never disappoints. What is it this time? Why it's terrrurissts, that's what. They're in our midst, everywhere and, besides, Kellie Leitch has no monopoly on brain farts.

Tony's idea is to jail potential terrorists. People deemed a terrorist threat should either be monitored 24/7 or, failing that, simply given free room and board at the GreyBar Hotel.

Clement also wants terrorist suspects to be on a published "wanted" list.

Clement said both measures would be subject to judicial review and require an "evidentiary threshold" be met.

There you go, first Leitch and now Clement. And you thought this sort of bullshit only happened in the States.

.. what comes out of Tony Clement is just political posing and posturing ..
one of the Harper handmaidens seeking a little visibility & profile
unconcerned of his imbroglio with the tarnished or blackmailed John Baird
That gazebo G20 thing that haunts him like Leitch & Alexander snitch lime..

Shame is so old school, Mound.. they just don't give a flying f__k
After all, we just elect these asshats, they don't work for us..
If Parliament is broken & bent.. its because the Parties are
Its time to bury those dinosaurs & create new structures that are real
The corruption is so deep and entrenched, it just reeks
When the capture and delusion of Parties is complete
then Parliament is equally captured and a delusion

Perhaps Justin or Rona or Tom will try to deny that reality ,,
and on a skde note, Ms May can also explain her confusion
or delusion re Palestine as well ..

Michael Chong is the better candidate for Tory Leader. He's not a Harperite like Tony Clement. He could help Patrick Brown in Ontario. I hope he wins.

Hi, Sal. It sounds as though you too are coming to the conclusion that our political apparatus is beyond redemption and we need to start over from scratch. When we have to witness the one-man Kabuki theatre of Tony Clement it becomes hard to argue against chucking the whole business.


Chris, I agree that Michael Chong is the best of that sorry lot. As for Ontario politics, I tend to give that subject a pass.


Owen, it's going to take some time to erase that stain from our federal edifice.

8:33 am In order to start over, we'd have to do away with them. They don't think twice when in comes to the general. What they do is much more sinister, in some cases

.. I just see political parties in Canada - both federal & provincial are essentially clumsy & stupid Corporations..
Unfortunately they don't just get subsidized Mound.. they get free advertising & marketing.. via mainstream media
and who they actually 'answer to' is a complete mystery..but its sure not the constituents or taxpayers
Perhaps to Big Energy, or to China, the Big Banks or to 'grow' the Desperate Economy
that must grow or all is lost.. y'know.. so bring in more immigrants and Temporary Foreign Workers
the GDP must be fed & damn the environment & any species or habitat that gets in the way

Its the big ass Rush to the Rapture Mound..
Rip & Strip & Pollute is the byword
Bring on the LNG Supertankers to China and India..
Screw any living thing & their habitat or the keychain that gets in the way ..

Polar bears? Boreal wolves? Eagles? Orca? Raven? Bees? Caribou? Salmon?
Hell, they're impediments.. and legislation can get them out of the way..
or thousands of Federal lawyers (paid by us) can continue to litigate or appeal against them..

There's a sickness that's set in to Parliament..
Canada is not a 'superpower' of any sort..
Instead, our governments - Provincial and Federal have become captured corporate stuporpowers ..
funded by us of course ..

How else do you explain the failed phenomena
of Harper/Novak, Christy Clark, Wynne, Wall et al .. ?
Abject losers - political animals ..

Sal, I think you nailed it in observing there's a sickness that has beset our legislatures. I've been writing and rewriting a piece on the public perils of modern hyper-partisanship in an age of existential challenges. Everything, even proven science, has to be politicized, stymied and gridlocked by elected officials who game threats for partisan personal advantage. We send these people to the wrong institutions, our legislatures, when they belong behind bars where they can be held for our safety and wellbeing.

Canadian members of the Repungnetin party should be deported to Ukraine.