"Classic" As in Vintage 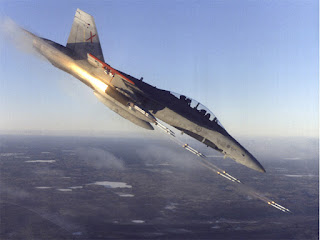 We're going to buy 18 Australian F-18's, the "Classic" model which is code for F/A 18A's, the clapped out warplane from the Pierre Trudeau era that served Canada throughout the Mulroney era, the Chretien era, the Harper era and, now, another Trudeau era.

It's a sweet deal for Australia which has already bought a supply of more modern Super Hornets to fill the gap while they await a transition to the F-35 joint strike fighter. They get to unload their high hour, less capable vintage F-18s, pocketing a good bit of change.

For Canada it's a "beggars can't be choosers" solution. We're still supplementing Canada's seriously aging fleet of vintage F-18s only it will be with more vintage hand-me-down F-18s rather than the costlier but far more capable Super Hornets. And we can still talk convincingly about replacing the lot with a brand new fighter in 2025 which will be at or near the expiry date of the Liberal government's 10-year shelf life.

It's shaping up to be another Liberal/Conservative kick it down the road problem.

Is the plan to cannibalize the Australian F-18's for parts?

Other's will be refurbished and upgraded to the current standard.

It mean's that the RCAF will climb above 80 fighters once again, and the entire Fleet will be up for replacement in 2025.

If you do the math, the SuperHornet costs roughly 50% more, ( over and above the inflation costs) than the CF-18 C/D, while not delivering 50% capability. It's also a whole new aircraft, requiring retraining and a whole new parts and maintence infrastructure.

After the Trump/Boeing FU to Bombardier, Boeing products are off the table.

While the RCAF will need "new" airframes soon, the RCAF has not engaged a "peer" in combat since the Korean War,

and we don't really need state of the art aircraft for our traditional role of bombing natives armed with sharp fruit.

Every country with a decent aircraft manufacturing industry subsidises it's own.
I see not reason not to do the same particularly where the immediate competition is the USA who have the biggest hidden subsidies of all.
Decisions like the refurbished F18 one are difficult for any government.
Damned if you do and damned if you don't.
If we let Boeing/USA win we will be buying US aircraft in perpetuity.
We will however be able to bid on providing seat covers and ashtrays for the USA's latest models and be competing with 'right to works states' for that privilege.
For Canada's uses the BAC Typhoon is more than adequate.
We do not need to be 'wired in' with the F35 programme which still has serious issues.
The F35 is an offensive weapon that relies upon the USA operated AWACS type aircraft for maximum operability.
That operability has no place for an independent country patrolling the high arctic.
In WWII Canada was fortunate to have AV Roe Canada as were the recipients of their products namely the UK.
AVRO built the Lancaster .
Such was the connection between AVRO Canada and AVRO UK that a visiting UK Lancaster having damaged a wing landing had it's wing promptly replaces by one of Canadian manufacture.
Perhaps we need this type of co operation once again?

Perhaps the Australians would consider a trade for some lightly used ex-Brit submarines.

There is a bit of satisfaction in not having a well equipped military. It lessens the temptation to use it.