Have We Just Witnessed the Biggest Scam Ever Perpetrated by the US Congress on the American People? 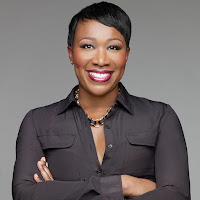 According to MSNBC host, Joy Reid, the Republican congressional caucus has just filleted the American people.

With mid-term elections less than a year away, why would Republicans in the House and Senate drive through a deeply unpopular tax bill with such unseemly haste?

Better yet, why were even prominent Republicans such as senator Lindsey Graham so blatantly open about their corruption?

As Common Dreams reported Tuesday, Rep. Chris Collins (R-N.Y.) has made a similar comment recently, complaining that his donors are pressuring him to pass tax cuts or “don’t ever call me again.”
Critics had the same response to Graham as they did to Collins: “Dude, you’re not supposed to actually admit that out loud.”

Joy Reid knows what's going on and it is simply astonishing. The Republicans, she says, are "cashing out."  Reid took to Twitter to report:

I had a Republican source tell me quite plainly: @BobCorker and other Republicans don't care what Americans say. They are "cashing out." That's what this GOP tax bill is about.

This could be the greatest act of corruption in the history of the United States government.  Perhaps these Republican stalwarts see the writing on the wall, the battles that await with the lunatic fringe seeking to take over the GOP, moderates swept aside in primaries by the horde candidates. Perhaps they saw this as their last, best chance to cash out and get while the going is still good.

why would Republicans in the House and Senate drive through a deeply unpopular tax bill with such unseemly haste?

Because they KNOW that money buys all American politicians .

It's the old saying.
https://www.phrases.org.uk/meanings/absolute-power-corrupts-absolutely.html

Let's stop fooling ourselves and making excuses; The USA is a corrupt society.

Yes. One wonders when the gullibilies will catch on to the hoax. Probably never, which makes me wonder when the rest of Americans will get fed up with the gullibilies and disenfranchise them in one way or another.

s when the gullibilies will catch on to the hoax. Probably never,

Most of the USA are the Guillables, be it Republicans or Democrats.
Both sides of the same coin have been driven by USA MAGA, American dream which is nowadays little more than USA military dominance.
American exceptionalism, MAGA, the American dream are but a expression of the wish to dominate.
All this while they are oblivious to the poverty and inequality that is the defining characterisation of their society.

I don't think so. I think it's a split with about 30% gullibiles. As in other places, particularly Israel, the tail is wagging the dog.

How is that impeachment file coming along?

You might ask yourself, NPoV, how long it took to bring impeachment proceedings against Richard Nixon and that was a far simpler, entirely domestic situation. Compare and contrast.


No, you still don't get it. I don't like you because you're a rude, ignorant prick. I actually find some merit in a few of your arguments but that's not enough to want to put up with your insulting nature. So, please, do bugger off. There must be some place your bile is wanted, just not here.