It's Called "Creeping Normalcy" and It's a Killer 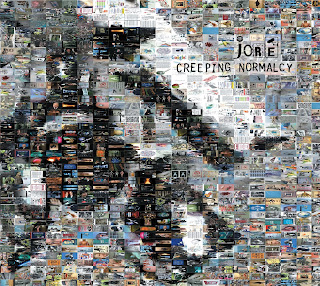 It's part of human nature. It's what we do. We develop a form of mild amnesia about our reality of twenty or thirty years earlier as we accept our current state as "normal."

The Guardian's enviro-scribe, George Monbiot, writes that our selective blindness is lethal.


As the psychologist Richard Wiseman points out: “At any one moment, your eyes and brain only have the processing power to look at a very small part of your surroundings … your brain quickly identifies what it considers to be the most significant aspects of your surroundings, and focuses almost all of its attention on these elements.” Everything else remains unseen.

Our selective blindness is lethal to the living world. Joni Mitchell’s claim that “you don’t know what you’ve got till it’s gone” is, sadly, untrue: our collective memory is wiped clean by ecological loss. One of the most important concepts defining our relationship to the natural world is shifting baseline syndrome, coined by the fisheries biologist Daniel Pauly. The people of each generation perceive the state of the ecosystems they encountered in their childhood as normal and natural. When wildlife is depleted, we might notice the loss, but we are unaware that the baseline by which we judge the decline is in fact a state of extreme depletion.

So we forget that the default state of almost all ecosystems – on land and at sea – is domination by a megafauna. We are unaware that there is something deeply weird about British waters; they are not thronged with great whales, vast shoals of bluefin tuna, two-metre cod and halibut the size of doors, as they were until a few centuries ago. We are unaware that the absence of elephants, rhinos, lions, scimitar cats, hyenas and hippos, that lived in this country during the last interglacial period (when the climate was almost identical to today’s), is also an artefact of human activity.

And the erosion continues. Few people younger than me know that it was once normal to see fields white with mushrooms, or rivers black with eels at the autumn equinox, or that every patch of nettles was once reamed by caterpillars. I can picture a moment at which the birds stop singing, and people wake up and make breakfast and go to work without noticing that anything has changed.

I can tell my children of a world of which they'll have no experience. Their memory starts somewhere in the 90s and it's been in flux ever since. The climate in which I grew up seemed not appreciably different than the climate during my parents' and grandparents' youth. That climate, the tail end of the Holocene, is gone and it's not coming back. Now we're into the Anthropocene and a climate far less benign.

I know from my memories that today is not normal because I have something to measure today against. They have no such memories, no similar yardstick. Their today is normal.

This is so, so true, Mound. When I think back to my own youth with regard to the weather, sure, we had heatwaves, for example, but they were generally few and far between, and of short duration. Winters were fairly predictable, always with exceptions, of course, but nothing that I recall approximated the wild gyrations we see in the world today. And, of course, weather is only one of the yardsticks to measure what is happening today.


Yes, I remember when Ontario had four distinct seasons that arrived with predictable regularity. Winter, for example, was winter. No one would dream of golf in February, not unless they were in Florida.

It's by looking back on the climate that had existed for generations, centuries, that we can see how radical the change over the past few decades has been. What does this portend for the next thirty years?

I remember when electronic entertainment was a radio with vacuum tubes in it. When they came HiFi was mono and television was black and white and the image was snowy. Milk and other dairy products were delivered by horse drawn wagon and the bottles sent back for re-use. Veggies were delivered by a produce huckster who had a truck modified for the purpose. We recycled everything we could because there was demand for bottles, papers, tin foil, etc.

It's been decades since the snow from December and January could still be on the ground into February and, sometimes, beyond in Ohio.
That period was back in the 60s and 70s.

And, no, I haven't noticed the birds singing at twilight just prior to sunrise during the warmer months lately either, come to think of it.

...and the wildfires out west have gotten WAY over-the-top in the last two decades, even more bizarre and out-of-control than even the psychopathic nature of modern-day humans come lately.

If the bottles said "No Deposit No Return" then you just discarded them.
Otherwise you'd return empty bottles (in their case) to most any grocery store or corner food mart and get---I think---either a nickel or a dime for it.
And you never heard terms like "Recycling". Rather, this practice was the norm. You just did it, par-for-the-course, no-one thought anything about it. They just referred to it as "returning the bottles".


When I retired to the island, Tal, there were huge numbers of song birds that nested in the cedar stand just behind my bedroom window. During the summers their chorus of songs was my alarm clock.

Today that's gone. Somehow I'm not confident that they'll be back.

This article just got me thinking.
Thinking about things I haven't thought to think about in years
...if not in a good two or three decades maybe.
I just get so chronically and perpetually caught up in dealing with whatever happens to be "most important at the time" that I lose track of a lot of the "what was" eventually (outside of the major superficial stuff---like old songs, television shows and magazines).


I recall when, as teenagers in the 60s, we would have to work all summer on perfecting our tans. Today you can get microwaved in an hour.

Severe weather was a rarity, especially on national newscasts. Now it's daily fodder.

Four distinct seasons generally transitioning from one to the next at the same time every year.