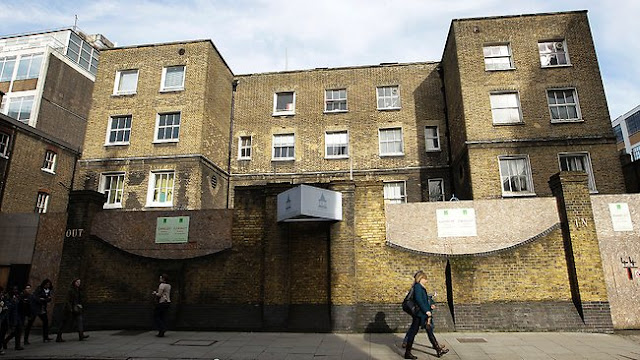 It doesn't look like much but this was an 18th century workhouse said to have inspired Charles Dickens to write Oliver Twist.    At the time, a young Dickens lived just nine doors away.

The run down building had been slated for demolition but Britain's Heritage Minister intervened at the last minute to preserve what he described as  "an eloquent reminder of one of the grimmer aspects of London's 18th-century history''.
Posted by The Mound of Sound at 11:57 AM

Email ThisBlogThis!Share to TwitterShare to FacebookShare to Pinterest
Labels: Dickens

I'm glad it was saved - given the erosion of the middle class it may come in handy soon.

It is one of the rare joys of late middle age to pick up anthologies of favoured writers - Dickens, Twain, etc. - and leisurely wade through them. You're absolutely right. You do stumble upon novels, passages and scenes that you recognize helped shape your character ever after.