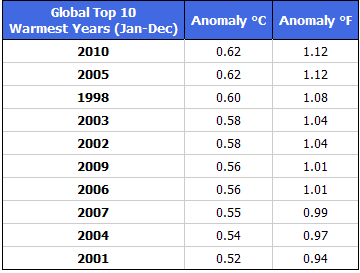 The books aren't closed - not yet - but 2014 is shaping up to be the hottest year on record.  In Canada that means since reliable records were first kept in the late 1800s.  Other countries, such as Britain, have records going back three centuries and, for them, it's the same thing, the hottest year yet.   It's even more remarkable given that the El Nino predicted to arrive in the spring never materialized.

You might have thought that this plain evidence of global warming coupled with the severe weather events we've experienced in recent years would be enough to make even the most ardent climate change deniers rethink their position. Apparently not.  According to Vice News, even exposure to extreme weather events isn't enough to move the true nonbelievers.


...a study published Monday in the journal Global Environmental Change by Michigan State sociologist Sandra Marquart-Pyatt finds that a person's feelings about climate change have very little to do with the weather outside and almost everything to do with political ideology and party affiliation.
"We only see really a sprinkling of effects of climate on people's perceptions," Marquart-Pyatt told VICE News.
A 2013 study, for example, polled 5,000 Americans over two and half years, asking if climate change is happening and whether it is caused by humans. It found that the temperature on the day before the poll affected whether an individual believed humans are causing climate change — but only if that individual identified politically as an independent.
Another study conducted in 2006, found that living in areas vulnerable to sea-level rise actually led to less support for climate policy, not more.
Marquart-Pyatt's team took a different approach. They combined Gallup poll data with the US National Oceanic and Atmospheric Administration's Climate Extremes Index, which compiles precipitation, temperature, tropical storm and hurricane wind velocity, drought severity data from across the country. Those records gave the researchers 800 different parameters with which to evaluate the relationship between climate change and public perception.
"We don't know if people think about climate in terms of storms or extreme weather events or super hot days or really cold days, or in terms of how we classically think about seasons," Marquart-Pyatt told VICE News. "So we looked at a bunch of different ways that people could conceptualize these different issues and linked these pieces with the Gallup data."
What they found was that only eight out of 800 parameters showed a statistically significant relationship.
Republicans want to drill for oil in the Arctic National Wildlife Refuge. Read more here.
Political ideology or party affiliation, on the other hand, remained linked to climate belief in every single model.
"There is very strong convergence on the dominant role of ideology or political party in shaping beliefs about climate change and science," Lawrence Hamilton, a sociologist at the University of New Hampshire and co-author of the 2013 polling study, told VICE News. "That is the main positive finding here and I think it's unquestionably true."
Posted by The Mound of Sound at 11:13 AM