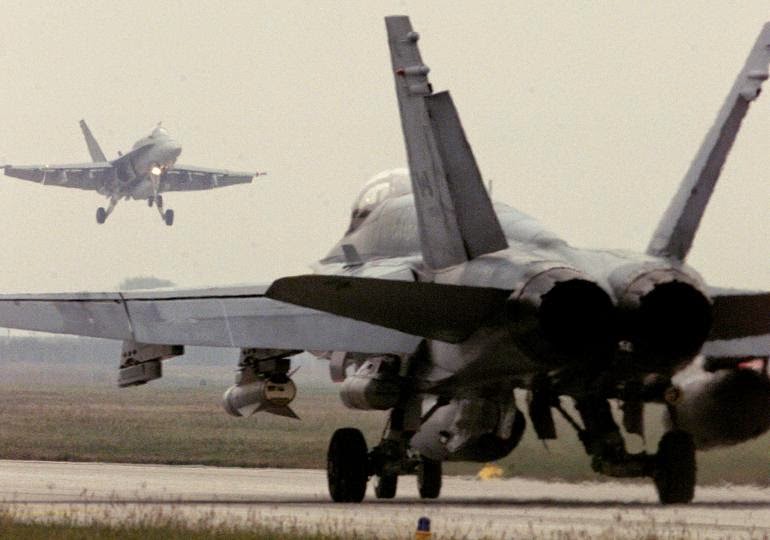 US general Philip Breedlove and Liberal leader Justin Trudeau seem to be on the same page when it comes to tackling the Islamic State.

The NATO supreme commander says the key to defeating ISIS (and other Islamist extremists) is to get at the root causes of their radicalism.


"Until we have addressed the root causes of these kinds of issues, we can expect to have to deal with these kind of issues," he said, referring to the current U.S.-led mission against the jihadist group ISIS.
Breedlove said the way to address these root causes is by focusing on bringing jobs, education, health and safety to vulnerable places, as well as figuring out how to make governments "responsive to their people."
Hmm, he seems to be saying that you can't bomb extremism out of existence. That's one of the reasons why our All the King's Horses and All the King's Men approach in Afghanistan and Iraq was such an utter failure.
Now this may come as a shock to most Tories and a good many Liberal loudmouths but you don't bring jobs, education, health and safety to vulnerable places with airstrikes and 1,000 pound precision guided bombs.  That's just playing "whack a mole" and the bad guys have shown, again and again, that they can always outlast you.
And one more thing for those Liberal ankle-biters.  Remember, it was Jean Chretien who unequivocally backed young Trudeau's opposition to RCAF air strikes in Iraq. And, please, don't refer to the Iraq conflict with loaded and inappropriate terms such as "genocide."  Genocide was the Central African Republic and the Congo where more than 5-million people were butchered.

Bombing did not work in Vietnam either. But NATO Canada included plays a filthy role in this. They bomb hospitals schools government buildings power facilities dams and any infrastructure that supports non-combatant neutral populations. No wonder they are mad as hell at us and all NATO nations and more especially the USA.

Mogs, I've never heard of NATO and Canada, in particular, bombing hospitals, schools, power stations, dams or civilian infrastructure. Sorry but I'm not with you on that one. Do you have any examples?