The Scots Give Steve Harper a Thistle Up the Kilt. 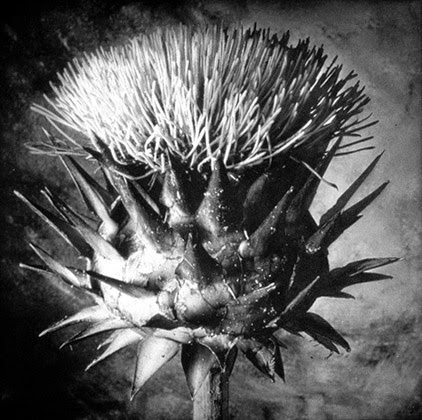 The Scots are doing it.  Their expansion of renewable energy allowed them to displace fossil fuels by 14% last year.


Joss Blamire, a senior policy manager at Scottish Renewables, added: "This means that not only are renewables now the number one source of electricity in Scotland, but we have achieved this milestone while preventing a record amount of harmful carbon emissions from being released into our atmosphere.
"Renewable energy in Scotland is doing exactly what it was designed to do - creating jobs, securing our energy supplies and, most importantly, reducing our carbon emissions to help limit climate change."
WWF Scotland director Lang Banks said the results were "fantastic news".
'Leading the way'

Speaking from the UN's climate change conference in Lima, Peru, Mr Banks added: "That renewables in Scotland are now helping to displace almost a million tonnes of climate pollution every month is proof that a renewable power sector is the foundation of a truly low carbon economy - keeping the lights on, creating jobs and cutting emissions."
Did you hear that Steve (and you too Justin, ditto for you Tommy) - they're creating jobs, securing energy supplies and reducing carbon emissions.  Jobs and energy security - isn't that what you guys are all about?  Or is it only petro-jobs and fossil energy security?
Posted by The Mound of Sound at 2:37 PM

Perhaps we are going to have to follow a model I have noticed in the U.S. Instead of relying on federal action, California has often led the way in pollution and greenhouse amelioration, for example by stipulating better fuel economy in cars that the feds later adopted.

Given the fact that the Harper government is now representing the interests of only a small minority, perhaps it is time for provinces to take bolder action on issues on their own. One example is here in Ontario, where Kathleen Wynne is going to create a pension system that will improve on the federal one. Appeals for co-operation from Harper were ignored.

Similarly, We have eliminated coal-fired energy generation, thereby taking a lot of greenhouse gases off the table.

And, naturally, Lorne, Harper has taken full credit for the emissions reductions taken at the provincial and municipal levels as a way of masking his neglect of the issue. Meanwhile his stooge, Aglukkak, mutters about "sector by sector" emissions regulation which is obvious Harper code for "not the biggest polluter, the petroleum sector." Their plan is to extract even further emissions cuts off the back of provinces other than Alberta and every industry imagineable other than the fossil fuelers.

So...the question is, why are Canadians so GD stupid? Not in a good mood with all this garbage going on in Canada. I{m taking time off for a while here in Mexico where what the country is is known. Anyong.