Reflections on a Nation Brought Low From Within 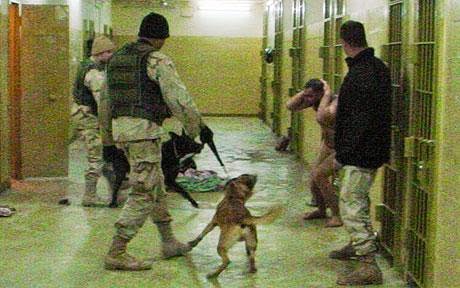 Salon.com pundit Andrew O'Hehir looks at the week's revelations on American torture and sees in it the demise of American democracy.  O'Hehir asks, "Can we quit pretending torture is some huge aberration?  It fits into a larger pattern of America's imperial decay."  He says it's convenient to blame this on Cheney and his consorts but "that's bullshit."

Torture is a symptom of America’s cultural and political disease, not the disease itself, and the fact that we turned to torture so rapidly and willingly after a single spectacular terrorist attack is evidence of a generalized infection. When Darth Cheney opened his robes, in that infamous “Meet the Press” appearance five days after the 9/11 attacks, and invited us to join him on “the dark side,” we went willingly, even gratefully. It’s not as if Cheney dissembled or tried to mislead anybody; say what you will about the guy, lying isn’t really part of his M.O. “We’ve got to spend time in the shadows in the intelligence world,” he said. “A lot of what needs to be done here will have to be done quietly, without any discussion … That’s the world these folks operate in, and so it’s going to be vital for us to use any means at our disposal, basically, to achieve our objective.”

We can claim now that we didn’t know what Cheney meant by “without any discussion” or “any means at our disposal,” but not to put too fine a point on it, that’s bullshit. Sure, there were a handful of civil libertarians and lefty journalists who sounded the alarm, but most of us just nodded knowingly: It was a new world with new rules, and it came as a great relief to ditch the old-fashioned, unattainable ideal of American exceptionalism – the notion that we were special because we represented something new and revolutionary in human history. The new version of American exceptionalism is not based on any such delusions. Cheney set us free from the legacy of daylight Thomas Jefferson, who saw that the chattel slavery that made him rich was a curse that might never be expunged; free from the legacy of Lincoln at Gettysburg, or King on the National Mall. Screw government of the people, by the people and for the people. What a pain in the ass! If we’re exceptional now, it’s in an obvious and brutal way we can all get our heads around, because we’ve got the biggest guns and the most stuff. (That won’t last, of course.)

..U.C. Berkeley professor Mark Danner observes that war architects like Cheney and Donald Rumsfeld appear blissfully unaware of a fact obvious to everyone else: Their Iraq invasion, meant to forge a Pax Americana in the Middle East and cow “rogue nations” into submission, has had exactly the opposite effect. It has exposed American military might as a paper tiger, possessed of the magical power to create more enemies in every country it touches, and has encouraged the rise of a new adversary, more sophisticated and culture-savvy than al-Qaida ever was. It has made us look both weak and evil.
Torture apologists fall into the same epistemological error — and the same existential nihilism, you might say — when they announce that they don’t care how many eggs get broken as long as we are kept safe. (Then there’s the wimpier, “moderate” Obama administration version, which is every bit as offensive: Without quite endorsing what did or did not happen, we’re going to agree never to think about it again.) First of all, we’re almost certainly less safe. More important than that, the criminal acts meant to keep us safe have stripped us bare before the whole world as a lawless and decadent empire that doesn’t look as if it’s worth saving.
In order to save democracy, the torturers had to destroy it. Somewhere in Nietzsche’s discussion of “decadence,” an important concept in his philosophy, he defines it as a quality that leads people or societies to seek their own deterioration and destruction. (Nietzsche was certainly no fan of democracy, but he also noted that decadent societies were characterized by severe social and economic inequality and a lack of moral and intellectual leadership.) I don’t suggest that Dick Cheney and his Fox News acolytes harbor a conscious death-wish; they lack the imagination and insight for that. But their nightmarish fantasies all point toward that outcome. It’s as good an explanation of America’s insane response to 9/11 as any. What kind of society produces physicians who will supervise waterboarding and “rectal feeding,” or psychologists who spin the supervision of a secret torture program into an $80 million government contract? What ideal of America is being preserved by such methods, and will it bear their mark forever?

Email ThisBlogThis!Share to TwitterShare to FacebookShare to Pinterest
Labels: torture, US