The Hunt For Red November

It's called the "law of the instrument" and is sometimes put this way - "to a man who has only a hammer, everything looks like a nail."  With that, let's begin a discussion of Russian submarines and F-35s.

You might not have heard of it but last month a force of US, Canadian and French maritime patrol aircraft responded to Britain's cry for help after a periscope was sighted where none was supposed to be in the waters off the Royal Navy's nuclear submarine base in Faslane, Scotland.  The prime suspect was a Russian submarine - Vlad Putin giving the Brits a subsurface poke up the arse.

So what does a lurking Russian sub and French, Canadian and US anti-submarine aircraft have to do with the F-35?  Well, Britain - an island nation surrounded by waters easily accessed by the "other side" (a concession to the existence of Cold War II) - no longer has a force of maritime patrol aircraft to safeguard its home waters.  Britain retired its aging Nimrod ASW planes in 2010.

Britain is spending its defence pounds instead on other toys like two new "break the bank" aircraft carriers that will field the VSTOL version of the uber-expensive F-35. 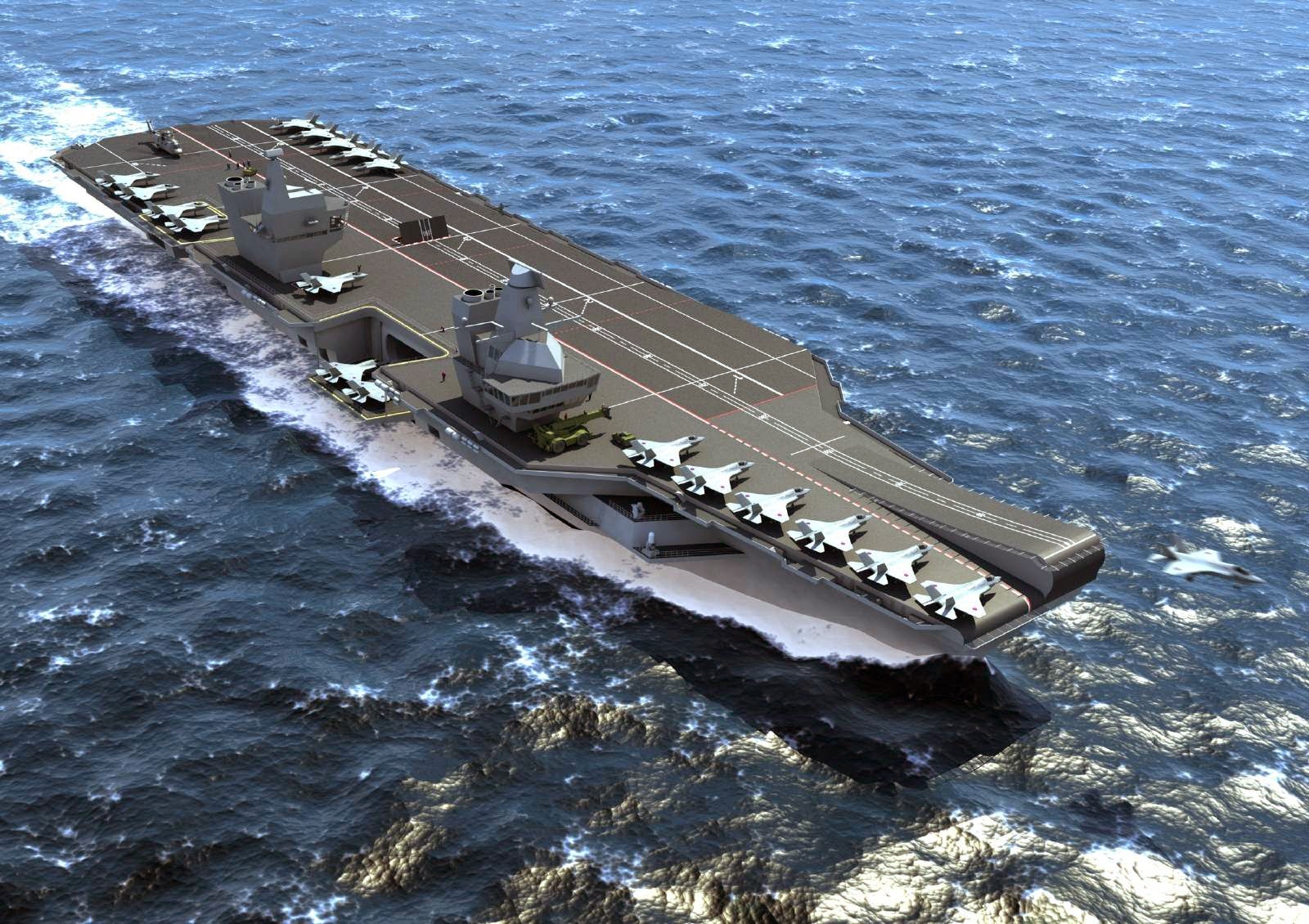 And just what does that have to do with a hammer?  Plenty.  How effective will those ships and F-35s be at keeping Britain's home waters secure?  Not at all. The F-35s with their limited range and payload might be useful for defending their home ship from some air threats but that's about all.  Meanwhile the carrier itself might not even be safe in home waters if Russian subs are prowling around.

The F-35 is a hammer.  It's a light attack bomber.  It doesn't have the range or endurance or payload to do much else.  So if you've sunk your limited defence budget into these carriers and light bombers, everything suddenly looks like a nail.

It's a dilemma the F-35 presents to Canada also.   You might have heard that Canada has the longest coastline of any nation and the second-largest land mass yet with a relatively minuscule population and an even tinier defence budget. But that doesn't mean we don't want to play with the Big Boys.  Our dodgy political and military leadership absolutely want that F-35 and by geez they're going to have it.

Harper's incredulous denials aside, we might even buy 65 of Lockheed's latest. 65 warplanes.  If that sounds like a lot it's not, not for a country the size of Canada about to face the demands of Cold War II.  Some of those airframes will be stored, kept in reserve.  We're expecting them to last a very long time.  We may expect to have 45-of them available, some of them deployed on 'coalition' ventures overseas, which leaves even fewer available to cover Canada's frontier when Vlad comes calling.

With its single engine and the problem of bird strikes up in the north where we'll keep the F-35, we can expect a hefty attrition rate.  1 single-engine F-35 + 1 birdstrike = 0 chance of getting home.  It probably won't be long before the government places a standing order for replacements to make good our losses.

To the extent the F-35 ever made any sense it was in the geopolitical context at the time of its conception in the 90s.  It was Amerika Uber Alles back then, a unipolar world in which warfare, for our side, was something we visited upon others.  Who needs defensive weapons when you've got all the guns?  And so we decided to go with offensive hardware such as first-strike, light attack bombers.

If one thing is clear it's that no one had the Arctic theatre in mind when Lockheed fired up the autocad to design the F-35.  No one back then foresaw the ice-free Arctic, the rush for seabed resources, conflicting territorial claims, and the militarization of the polar region.  It's amazing how much these things can change in just a couple of decades.

But, as they say, that's the world we have, not the world the F-35 was designed for.  And, like the Brits, sinking our defence budget into the F-35 means acquiring an offensive capability of dubious value at the expense of our defensive capability just when our vast northern territory is becoming a security problem.  The Brits have a word for it - "daft." 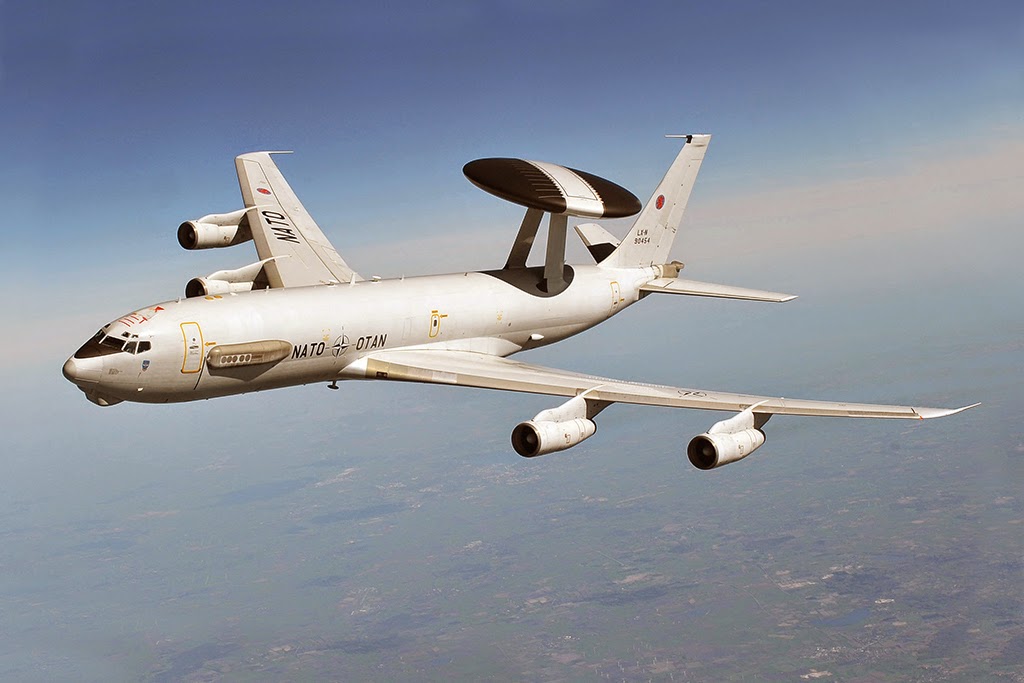 Meanwhile, like the Brits' Nimrod, the aircraft NATO F-35 users will depend upon, the alliance's AWACS, Airborne Early Warning and Control aircraft, is in trouble.  According to Aviation Week, it began when Captain Canada yanked Canadian support from the NATO force.

For the first time since its formation in the early 1980s, NATO’s Airborne Early Warning and Control Force (AEW&C), also known as the E-3A Component, is facing major cutbacks and a fleet downsizing—at a time when mission tempos are high because of Russian aggression in Ukraine.

The force, based at Geilenkirchen air base in Germany, operates 17 Boeing E-3A Sentry aircraft that provide air surveillance and support NATO air exercises. It was called up to secure U.S. skies in the aftermath of the Sept. 11 terrorist attacks, recently ended a 3.5-year operation in Afghanistan and expects to fly 4,300 hr. during 2015 to support NATO members bordering Ukraine.
Sixteen member states fund the operations with a total of €250 million ($312 million) a year.
Today, however, the force is facing new financial pressures. The most critical of these emerged three years ago, when the Canadian government decided to withdraw its support from the program, seeking to save money in the economic downturn.
Until the country’s flag was lowered at Geilenkirchen in July, Canada had been the third-largest contributor to the program, providing four complete flight crews. The last Canadian personnel left Geilenkirchen at the end of August.
Posted by The Mound of Sound at 9:42 AM

We seem to have forgotten about the Maginot Line, Mound.

I think that's a fair take on the situation, Owen.

The Naval version of teh F35 is not a sure thing!
The UK has an aircraft carrier but no aircraft in the foreseeable future..
Quite a ridiculous situation.

There was a report that the RN might ask the USMC to deploy a couple of squadrons to the carriers while they await delivery.

The RN could retrieve gate guardians & raid museums for a few Fairy Gannets & Sea Vampires!
At the end of the day they will still have an obsolete or at best second rate 'defence' force.

When China sent up the killer satelite it was a game changer.

And to a man with only a busted hammer, the sight of nails makes him weep . . . if the F-35 were even good and cost effective at the one role you concede to it, that would at least be something.

On a side note, I've often thought the Maginot line got a bad rap. I mean, the Germans didn't attack it, did they? To the contrary, seems like they did all they could to avoid having to deal with it. One might argue that there was nothing wrong with the Maginot line that couldn't have been solved by making a bit more of it, plugging the gaps. If that wasn't fiscally feasible it would have been a mistake for no matter what war, not because of old fashioned thinking.

I saw a documentary a couple of years ago which claimed that the fiasco in defending France when Germany invaded was a result of a German intelligence coup courtesy of Prince Edward of abdication fame. The allies apparently expected the Germans to avoid the Line and that left two possible places; the problem, they could only effectively defend one at a time. They had accurate intel suggesting which place the Germans were planning on. Then fucking Edward told the Nazis what the allies knew, and they attacked in the other place instead.

Without that one pro-Nazi bastard in a high place, the whole Maginot Line narrative, not to mention the early stages of the war, might have been entirely different.

@PLG- that's a fascinating story about Edward I'd not heard before. They should have sent him to the headsman's block in the Tower.

The Germans, of course, were able to do an end run around the Maginot Line through the Ardennes. The F-35's intended adversaries, Russia and China, have something similar in mind. They've been developing three techniques - multi-band radar sensors that can detect and track stealth aircraft, the ability to exploit the F-35's data windows to implant viruses and corruption into its computer systems and their own stealth counter-air fighters.

There have been reports that our targeted adversaries are actually pleased with the US and her allies getting bogged down with the F-35 knowing that it will empty our defence budgets on a Beta-grade technology they're confident they can defeat.