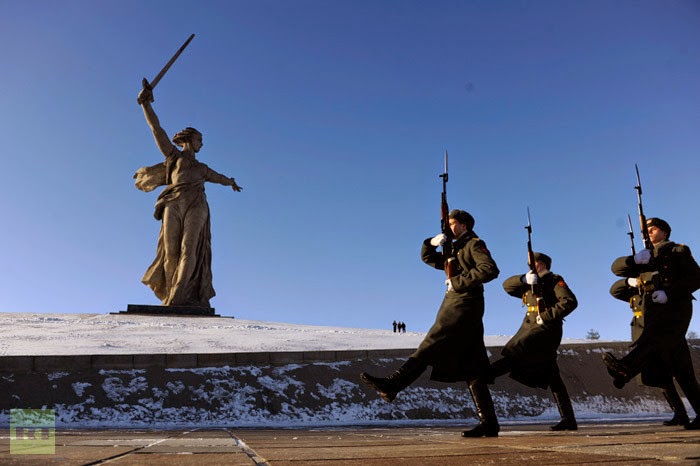 It's hard to know what we really wanted.  When the West slammed Russia with sanction piled upon sanction were we seeking retribution over Moscow's aggression toward Ukraine or were we really trying to bring Russia to its knees?

Western leaders have developed a nasty habit of not thinking things through.  We seem too willing to act without regard for ultimate consequences.  That's how we steered ourselves into wars without end in Afghanistan and Iraq.  It was that sort of geopolitical retardation that allowed us to march NATO right to Russia's doorstep, a risky gambit that gained us - well, on balance nothing.

As Russia's economy staggers toward collapse we need to ask what that means to us.  Of course Russia's problems neither begin nor end with us, the West. Russia's woes can be laid at the feet of the West, Saudi Arabia and Moscow itself.

Western sanctions have hit Russia hard.  The Saudi oil war against Iran, Russia and the United States has hurt Russia badly.  And Moscow's decision to go on the petro-gravy train at the expense of revitalizing Russia's industrial and agricultural economy has greatly compounded its difficulties.  (Canadians might take that last one as a teaching moment)

How bad has it become in Russia?  Bad enough for the central bank to raise interest rates from 10.5% to 17% overnight.  That bad.

The head of Russia's central bank warned Russians on Tuesday morning that they should get used to a new way of life, as the country's embattled currency continued to plummet.  After a brief rally, the rouble hit new historic lows on Tuesday, just hours after an overnight rise in interest rates designed to halt its fall.

"We have to learn to live in a different zone, to orient ourselves more towards our own sources of financing, and to give a chance to import substitution," said Elvira Nabiullina, the chair of the central bank.

Unfortunately what we have done and the havoc we have caused is the sort of thing that triggers Vlad Putin's nationalistic instincts.  Let's face it, he has to tell his people something.  Do you think he's going to write off the collapse of Russia's economy to mismanagement by Moscow? Hardly. Russians are already well conditioned to distrust the West.  They're steeped in the rich history of Russian resistance to invaders like Napoleon and Hitler. They've seen NATO creep up to their borders. How hard will it be to convince them their current troubles are just another assault by the West?

When Russians fall on hard times they take great pride in their military and the defence of the Rodina.  Right now, with chaos creeping across so many regions, that might not be an ideal place to steer Russia into.

A White House spokesman announced today that Barack Obama will sign into law a further wave of sanctions passed by Congress on Saturday.   Secretary of State, John Kerry, goes to lengths to wash America's hands by claiming that the sanctions aren't targeted against the Russian people.  Then again, Bill Clinton said the same thing about his sanctions that led to the deaths of countless thousands of Iraqi children.  The hypocrisy is breathtaking.

I have long wondered why the West has such a long hostility toward Russia, particularly since the Bolsheviks tossed the Tsar. I'm coming to the conclusion that Western Big Money wants access to Russian resources. A sovereign government that exploits its own resources doesn't fit the model. It was relatively easy, back in the fifties, to subvert Guatemala for bananas and Iran for oil. What will they do now for the big prize?

Anon, recent experience shows that our leaders rarely think these things through. The art of diplomacy is badly degraded and statesmanship has become even more tattered. These are the pitfalls by which nations can sometimes back themselves into wars that are as much of their making as they are not of their choosing.

as was the case in World War I, Mound, we're backing ourselves into a morass.

We could be doing just that, Owen. It's not just Russia that has gorged itself on fanciful notions of grandeur.

Always look on the bright side!
If the USA & it's followers invade Russia the troops can eat at McDonalds.
They may even top up their fuel tanks at a gas station partly owned by BP or some other western oil company.
Not to mention sending a bottle of Vodka home via UPS.
O'h what a wonderful war..

The Ukraine as a sovereign political entity is quite recent in the big picture. The eastern provinces now in play and especially Crimea were traditional Russian territory, ceded to the Ukraine under the "brotherly love" of the Soviet Union. (Crimea only in the 1950s by (Ukrainian) Kruschev in a vanity move.)

You mentioned the USA as a target of the Saudis but some believe that the USA is behind this move in order to finish off Putin. (If true, they are betting the US/World economy too.)

This current crop of "leaders" is starting to resemble bankrupt scoundrels that suckered themselves into WW1.

Too bad the stakes are so much bigger this time.

A recent analysis in Foreign Policy claims the Saudis are targeting Iran, Russia and the US, Anon. The Saudis aren't happy about losing their petro-influence over America thanks to fracking and this is just one more bird they're killing with the same stone.