It Gets Worse - They Knew, Years Ago 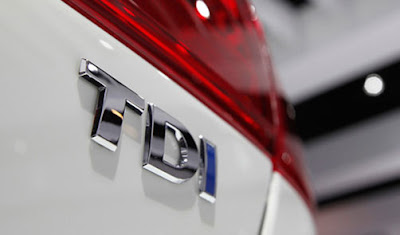 Volkswagen officials knew, at least as far back as 2011, that their diesel engine emissions software was rigged.

A Volkswagen engineer warned the company about cheating over its emission tests as early 2011, a German newspaper reports.

Separately, Bild am Sonntag said the internal inquiry had found that parts supplier Bosch had warned Volkswagen not to use its software illegally.

One of VW's own engineers blew the whistle on the gamey software years ago. Bosch also warned Volkswagen. Two warnings that have surfaced so far and yet the company kept churning out these cars, kept them flooding onto the streets of Europe, Canada and elsewhere for years right up until they were exposed.

According to The Globe and Mail, VW officials knew about the rigged software much earlier, 2007, right from the start. That was the date of the warning letter from Bosch.
Posted by The Mound of Sound at 8:01 AM

No surprise there. It's basic corporate psychology. Think of Ford and the Pinto gas tank explosions. The bean counters and MBAs will figure out what they can get away with and still get their bonuses. It's boringly routine.
The most frightening example of this process was the operation of Nazi death camps. If one stands back and dispassionately examines the way the camps were managed they closely resemble any factory. People go about their jobs with little concern for the end product.

The only way to break up the tendency of any bureaucracy to go into destructive routines is for the public to demand better. That means the public has to wake up from its own boring routines and lean on politicians to get them out of their boring routines so that they take action to force corporations to behave better.

Got that? I know, it's boring.

Remember when the cod fishery collapsed? If I remember correctly, the Ministry of Fisheries employed about 6,000 people, of which 4,000 were in Ottawa. This illustrates another corporate disease: the tendency to build bureaucracy where it is least needed. Maybe there is a purpose to this; when things go south it is easy for the execs to plead ignorance.

And the outgoing CEO is leaving with a 60$million severance package.

Don't forget the big picture.
It was self regulation thgat allowed this to happen.
I have seen what has happened to forestry in BC; it does not work.

I think we are missing the point.
The VW scandal is a product of SELF REGULATION.
SElf regulation does not work.

The offending software looks to me like a tool used by engineers for their own purposes; it enables them to test the engine without the pollution control feedback. Just about everything we own that is electronic has developers' tools with secret codes for access. They are quite legitimate until the product hits the market place and even then may be used by repair technicians. VW's problem is that the marketing people liked this tool too much and executives okayed it for public consumption. Because this cheat is so seductive I doubt that VW is the only one using it. Executives at all the auto companies are probably scrambling to bury their own cheats.

The other part of the equation is that government regulators didn't do their jobs. As the two Anons said, self regulation doesn't work. Worse, self regulation is a free pass to industry to cheat.