What Did We Expect? 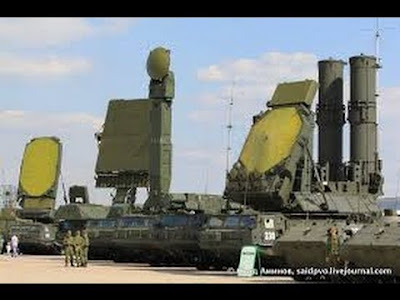 It's been a while since the Americans started telling us about this invisible wunder-plane they were developing. Many years later they're still developing the F-35, their overpriced, overdue, underperforming, bottom-tier stealth warplane.

The rationale for the F-35 was that we needed a stealth light attack bomber to, well, attack some nation with sophisticated air defences. "Some" is code for either or both China and/or Russia.  To the folks in Beijing and Moscow there was never much doubt who the invisible warplane was aimed at and so they took advantage of the endless development delays to figure out how to make the invisible visible again. Word has it they've done a fine job.

The Russkies have deployed what many consider the world's finest surface to air missiles, the S-300 and the new and improved S-400 now just entering service. The Chinese have focused on the development of multi-band, multi-sensor detection and jamming systems to uncloak the F-35's limited stealth and disable its systems. Both China and Russia are also nearing deployment of their own stealth fighters and at some point we'll admit that stealth is far better for the defenders than the attackers.

The Russians and the Chinese are focusing on what's known as A2/AD. That stands for Anti-Access/Area Denial. We take offence at this but what A2/AD is all about is keeping us out of their airspace. How dare they?

“The advantage that we had from the air I can honestly say is shrinking,” Gen. Frank Gorenc said, “not only from with respect to the aircraft that they’re producing, but the more alarming thing is their ability to create anti-access/area denied [zones] that are very well defended” by batteries of ground-based anti-aircraft missiles.

After embarrassing fumbles in the 2008 invasion of Georgia, the Russians embarked on “a very large modernization” to improve both training and equipment, Gorenc said. “They learned a lot,” he told an increasingly unnerved roundtable of reporters at the annual Air Force Association conference here. “They [improved] quality and quantity.”

Russian fighter jocks are famous for flashy (sometimes fatal) maneuvers at air shows. But Gorenc isn’t solely or even primarily worried about their Top Guns: It’s ground-based radars and missiles that have him most concerned.

“It’s one thing to address an aircraft threat which has increased significantly — which by the way it has –but clearly surface to air missile systems are much cheaper, they’re much more available,” he said. “There’s clearly a whole set of modern long-range surface-to-air missile systems that are being layered in a way that makes access into that area more difficult.”

Gorenc is focused on the anti-aircraft kill zones that extend from two pieces of Russian territory in particularly: Crimea in the Black Sea and Kaliningrad on the Baltic. (He’s also keeping an eye on the Russians in the Arctic, he said, but that’s less immediate).

“Some of the array that’s in Kaliningrad extends into Poland today. That’s a fact,” he said. In other words, launchers on Russian soil can hit targets in NATO airspace. In fact, Gorenc has said in the past that a third of Polish airspace is in the Russians’ range.

Gorenc seems oblivious to the fact that the Russians are responding to our decision to march NATO forces right up to Russia's borders and our stated decision to deploy our stealth light attack (nuclear weapon capable) bombers, our "kick in the front door" warplanes, within spitting distance of the Rodina.

Just what did we expect? We engineered this very outcome.

This illustrates a point that's regularly overlooked.  Sure when we see video of an American supercarrier and its battle group it's easy to see American military omnipotence. They spend way more. They're bigger and badder than anyone. They've got the latest and greatest and loads of it. That's the illusion but it's an illusion.

What this A2/AD business is all about is finding small ways to neutralize seemingly huge advantages.  You see, we're not the best at everything, just most things. There are some things, such as Russia's S-400 missiles, that the other (bad) guys are just way better at. They're defensive weapons and they can keep us out of the adversary's turf and that's really all they need to do.

Time and again we've seen that All the King's Horses and All the King's Men have failed to deliver meaningful, effective outcomes. Afghanistan, Iraq, Libya, now Syria and Iraq again. We bomb and bomb and bomb and bomb but, when we're done, there's no victory. They've killed a bunch of us, we've killed a shitload of them, but it's all gutterballs and spares and there's always another frame and another after that. You get in this quagmire and you don't get out, not for long anyway, and, day by day, your treasury bleeds out.

We need to understand how severely the nation state is in decline. Borders are no longer inviolate. You don't need tanks to invade just hordes of migrants and refugees will do nicely.  We Westerners don't have the will to resort to the murderous brutality required to enforce our borders. Show up with enough people to overwhelm our border security and, eventually, we'll let you in.

We've freely surrendered several incidents of state sovereignty in pursuit of globalization. We've outsourced both political and judicial functions under free trade agreements in the name of free market fundamentalism. We've allowed corporations to become peer institutions. We really haven't thought this through very well. We never did understand that neoliberalism was just another ideology, based as much on belief, faith if you will, as in fact.

One thing we never grasped was that the state powers yielded to the corporate sector might only be exercised to the extent they directly benefited that sector. Another way to put this is that the powers transferred would only be exercised as and when it suited the new holder and, like most powers that are unexercised, would give rise to vacuums that certain bad actors can exploit.

This weakening of state sovereignty has encouraged the rise of non-state actors from militias to guerrillas, insurgents, terrorists and even criminal bands. They, in turn, are becoming increasingly sophisticated in adopting and exploiting modern technologies. - to be continued
Posted by The Mound of Sound at 10:21 AM