Volkswagen - You Owe Me a New Power Plant 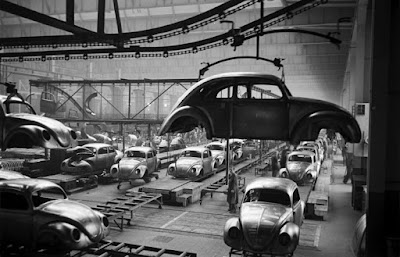 Here's the deal. There's not much wrong with my VW Golf TDI "clean diesel" except for the clean part.

I was promised an ultra fuel-efficient, ultra low-emissions engine that, it turns out, was neither but for a "defeat device" that turned off much of the emissions control system.

To add insult to injury, VW's TDI clean diesel engine wasn't available in their base models. If you wanted the diesel you had to pay for a mid- to high-grade model. The diesel was for top-end customers, not ordinary Volk.

So I wound up with a great little car with the leather upholstery, top-end sound system, and oodles of handling and safety systems some of which I can disengage if I get that sporty feeling.

Problem - answer. Keep the car. Replace the powerplant. VW could engineer a hybrid system. They could even consider refitting their straight electric powerplant now coming out in the e-Golf in the States.

Now, getting VW to do something, that will be the trick. And the chances of getting that just grew less cheery with word that VW isn't the only automotive bad boy.


New diesel cars from Renault, Nissan, Hyundai, Citroen, Fiat, Volvo and other manufacturers have all been found to emit substantially higher levels of pollution when tested in more realistic driving conditions, according to new data seen by the Guardian.

Research compiled by Adac, Europe’s largest motoring organisation, shows that some of the diesel cars it examined released over 10 times more NOx than revealed by existing EU tests, using an alternative standard due to be introduced later this decade.

If you follow the link you'll see a chart showing how poorly each vehicle did in testing. Curiously enough, the Audi TT which uses the same 2.0 TDI engine that's in my car was one of the cleaner types.
Enough bickering. This may be an ideal opportunity to transition the automotive industry into clean, near fossil-free engines.

The temptation to cheat is so tempting that I would be more surprised to find an auto company that isn't cheating at something.

It is curious that there is no noise coming out of the American auto industry about this. The silence is deafening.

That's easy to explain, Toby. Name a North American car manufacturer that's making diesel cars. Diesel is the problem. It doesn't have the octane increasing ingredients such as ethanol.

That sounds great, but what they will do is…well, nothing. (Except give their outgoing CEO a 60 million dollar severance package.)

Ren, My town has lots of diesel pickups made by Ford, Chevrolet and Dodge.

Yes, diesel is the problem; it is a filthy fuel, almost as bad as bunker oil.

I'll give you two hundred dollars (CDN) in cash.