Well, When You Put It That Way. The Staggering Cost of an Ice Free Arctic. 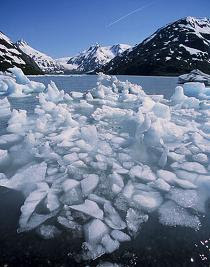 Brace yourselves.  When miscreants like Harper and his polar petro-pal Putin think of an ice free Arctic dreams of oily sugarplums dance through their pointy little heads. Civilization-destroying wealth is on their minds, nothing else.  Time for a reality check.

A new study explores not the dubious seabed bounty but the cost to mankind of the loss of the Arctic sea ice and it dwarfs the oil wealth.


The Arctic is warming twice as fast as the global average, and as it warms, its permafrost layer melts, releasing carbon dioxide and methane gases. By 2200, the economic impact of these additional atmospheric emissions could be a stunning $43 trillion, project researchers from the University of Cambridge and the National Snow and Ice Data Center at the University of Boulder, Colorado, in a paper published earlier this month in the journal Nature Climate Change.

To calculate the toll of Arctic emissions, the researchers used a scenario developed by the Intergovernmental Panel on Climate Change, which predicts human-related emissions up to 2100. Based on one model of that scenario, they calculated potential global emissions-related costs from factors including lost agricultural land, human health problems and even higher air-conditioning bills due to warming temperatures, over the next two centuries.

Even assuming that humans manage to curb their own emissions by 2100, the researchers predicted that the total cost of climate change would be about $326 trillion by 2200. Once they included permafrost emissions, that figure rose to US$369 trillion.

That’s as much as every country’s GDPs in 2014, added together, and then multiplied by five.

It's important to keep in mind that the costs of our ice-free Arctic represent one aspect of the overall costs we'll bear from the impacts of climate change.  The burden on civilization and all life on Earth neither begins nor ends at the Arctic Circle.  These costs will damage our civilization, they'll disrupt our economies and they'll destabilize societies, some far worse than others. Some of this is already happening and the knock-on effects - the loss of biodiversity, the freshwater crisis, civil wars and mass migrations - can be devastating, insoluble. There are things we simply cannot accommodate and cannot fix.
Posted by The Mound of Sound at 10:00 AM

Bit of a mug's game trying to fit existential issues into a monetary framework.

It's certainly dispiriting, NPoV, especially knowing that come October 20th we'll still have a petro-pol running the country. It's just a matter of figuring out what party he'll be leading.

Humans will keep using ff till it is "too late". There is no gov't in the world prepared to do what needs to be done.
It does matter which petrol-pol wins in October ... will we respond to the coming crisis as socialist-sharers who survive with a collectivist strategy or do we descend further into capitalist-fascist hell where it literally every MAN for himself.

Yes, well, in that event we are dooming our grandkids to an incredibly difficult life. It reveals a moral bankruptcy on our part. We can and so we do without regard to whether we should. What an epitaph.

Anyong said: It is a matter of "I have more money than you, therefore I am a better person". It doesn't matter how they got it for example, a pill costing less than one hundred dollars becomes seven hundred. It is all about having enough money so the person can control, control, control including government.