"It's Not Doing Any Good" - Our Failed Air War against ISIS 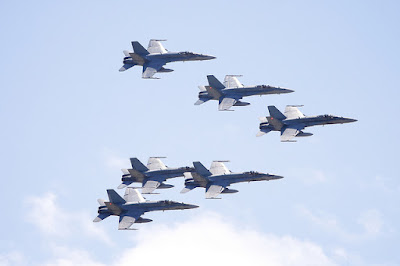 The Independent's Robert Fisk has been reporting on all things Middle Eastern for three decades now. When it comes to knowing the region, he's it.  Naturally, a lot of his attention of late has been focused on ISIS and the West's air war against the Islamist movement that Fisk describes as a "cult."

His take on our "coalition" air war is that we should just shut it down, it's not working.  In Fisk's opinion the key to shutting down ISIS is (as I've been writing for months) getting the Gulf states, especially Saudi Arabia, to clean up their own mess, to take down the monster of their own making.

To Fisk, ISIS is not an ideological movement, however misguided. Rather, it is an emotionless machine — a weapon designed to counter any American shift toward Shiite Iran.
Whose weapon? He didn’t exactly answer that question. But he did say that peace can come only when Gulf states such as Saudi Arabia and Qatar make clear to ISIS that the game is over.

These damned Sunni sheikhs, princes and emirs are supposedly our allies and yet they launch outfits like al Qaeda and ISIS and then, when they go rogue, expect us to intervene while they sip sweet tea in their palaces.  Meanwhile, their military effort is focused on beating the hell out of the Houthis in Yemen who, just coincidentally, are battling al Qaeda and ISIS in their country.  In other words, the Saudis and their Sunni allies are flying airstrikes in support of al Qaeda and ISIS forces in Yemen. Yet they're our allies.

As Fisk notes our noble bombing campaign is not having any meaningful impact on ISIS. For all the good we're doing - leaving all the bullshit aside - we might as well pack it in and come home.

I know what I want for Christmas.  All I want is my government, which ever party that might be, to promise that Canada won't get into any more wars that it cannot or is not prepared to win.  We left Kosovo in a mess. Afghanistan is a mess. Libya - a mess, naturally. Now we're pissing into the wind in Syria and Iraq. This American "permawar" that we keep getting sucked into is achieving nothing except to empower Islamist radicalism.

Enough.
Posted by The Mound of Sound at 9:57 AM

It would appear that if anyone beats ISIS, it's gonna be the Syrian army with help from the Russians, Hezbollah and some of the Kurds.

War without end, PLG. Without end. My take is that these are opening skirmishes in what will lead to a larger Sunni v. Shiite Muslim civil war for the heart and soul of Islam. Remember when Prince Bandar bin Sultan (aka "Bandar Bush") told MI6 chief, Sir Richard Dearlove, a few years back that the Sunni Muslim world was out to exterminate their Shia rivals.

Another thing about which Canada needs to remove its head from its Arse.