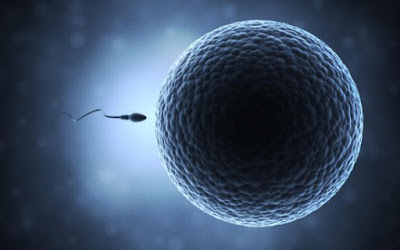 I like good lawyer jokes. They're far and few between. Everyone seems to have one but they're usually just some version of one of four.  Boring.

Best lawyer joke ever.  From some Stephen Fry game show on BBC.

Q: What do lawyers and sperm have in common?

A: One in 50-million has a chance of becoming a human being.

BTW - I used to keep track of clients' lawyer jokes with a sort of hash mark on the bottom left side of the file. When, but only when, I won the client's case I would count up the notches and add an appropriate amount to the fee. The odd thing was, even those in truly dire straits couldn't help but tell lawyer jokes to the one guy in whose hands they had entrusted their fate. If you're ever in that situation, do yourself a favour - DON'T.

My favourite lawyer joke (which you will sneer at): "What do you call lawyers at the bottom of the ocean? A good start".

Yes, I sneer at your feeble joke, one of the four I reference.

Now that I think about it, I do know an old, old lawyer joke that I read in something by Isaac Asimov and haven't heard since. You may have heard it, but I doubt it's one of the four.

A doctor, a mason and a lawyer are chatting and they get to a discussion of whose profession is the oldest. The doctor points out that shortly after creation, God took a rib out of Adam and made Eve out of it. That, he says, was an act of surgery, and so medicine dates way back to creation.
The mason is unimpressed. God, he says, built the heavens and the earth out of the primordial chaos. So God was doing construction work before Adam and Eve were ever made.
"Ah", purrs the lawyer, "but who do you think created the chaos?"

Your honour, the plaintiff has not explained the four lawyer jokes that he claims exist. As such, I ask that the case be dismissed.

challenge accepted.
"how many lawyers does it take to screw in a lightbulb?"
Ans"none, they hire someone, charge you double and bill you the hours"

A pox on all your houses!

You opened the door, although I liked yours, and PLG's Asimov one is one I recall reading back in the day (for all that PLG and I tend to clash, I find it amusing that we share some interests in common, including SF and manga), and I always loved that one.

Still though, this is the first post at your blog in a long time to give me a good healthy laugh without any tinges of ugliness, thank you for that!

That isn't a joke, that is their standard business practice.

Anon: Shakespeare did it better with simply kill all thew lawyers, anything after that is variations on the classic theme...:)

I take in some new stuff from it as well, a debt of gratitude is in order for sharing your data. Bankruptcy Attorney Lakeland Fl