Of Polar Bears and Pond Hockey 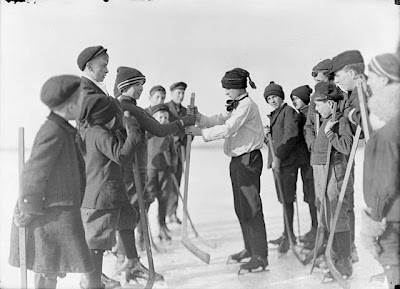 Global warming is expected to devastate polar bear numbers but even down toward the 49th it may bring a similar fate to pond hockey or, as we called it when I was a kid, "shinny."

A new study warns that outdoor rinks could be a distant memory by mid-century.  UBC climate scientist Simon Donner says that Canada has already warmed by 2.5C since the 1950s.   The greatest warming has been in southern BC and southern Alberta.

It's sad, really.   So many terrific memories of playing hockey with the neighbourhood kids after school.   Weekends watching families and couples skating by on the creek.   The years in Ottawa when the Rideau Canal was a seasonal commuting corridor for public servants working downtown or students at Ottawa U.
Posted by The Mound of Sound at 8:34 AM