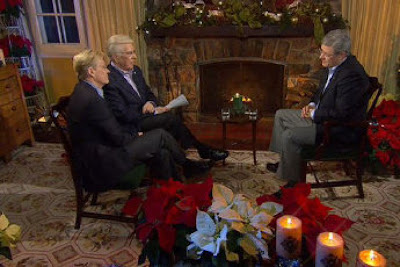 Oh, this is juicy.  Chief of Defence Staff, General Walt Natynczyk saw the Harper government's hand at work when CTV reporter Bob Fife got his hands on flight logs showing the general had used an armed forces Challenger jet to attend sporting events, the Calgary Stampede and to meet up with his family for a Caribbean vacation.

Whenever (blank) is involved in a story I tend to suspect a certain source, placed high in Government,” Natynczyk wrote to his chief media adviser on the afternoon of Sept. 15, 2011.

That evening, CTV reporter Robert Fife broadcast his report, inciting a parliamentary fury over the use of government aircraft.

Natynczyk’s adviser, Lt.-Col. Norbert Cyr, wrote minutes after viewing the report that night that it was “a hatchet job” that inflated the Challenger’s true costs to between $10,000 and $12,000 when the military pegged the flight as costing just $2,630.

“This was well-orchestrated,” he wrote to his boss.

Mike Duffy was instrumental in transforming CTV into the Conservative Television Network and apparently it was worth a nice little appointment to the Senate.   Fife then seemed to pick up right where Duffy left off.

Cyr later referred to the incident as "an ambush."
Posted by The Mound of Sound at 9:06 AM

Email ThisBlogThis!Share to TwitterShare to FacebookShare to Pinterest
Labels: CTV