A "Mosque Tax" - A New Proposal from Germany 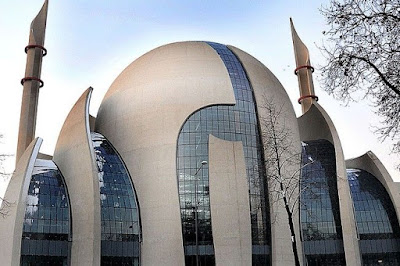 At first it sounds outrageous - a tax on those attending Mosque services in Germany.

Outlandish, how dare they? Only it's not that simple.


Lawmakers from Germany's grand coalition government said on Wednesday that they were considering introducing a "mosque tax" for German Muslims, similar to the church taxes that German Christians pay.

Thorsten Frei, a member of Chancellor Angela Merkel's Christian Democrats (CDU) told Die Weltdaily that a mosque tax was "an important step" that would allow "Islam in Germany to emancipate itself from foreign states."

In Germany, church taxes are collected from practicing Catholics and Protestants in order to fund church activities. They are collected by the state and then transferred to religious authorities.

In the absence of a similar tax, mosques in Germany are reliant upon donations, raising concerns about possible financing by foreign organizations and governments, which has sometimes prompted questions about the promotion of fundamentalist ideologies. For example, there has been growing concern about the influence of the Turkish-Islamic Union for Religious Affairs (DITIB), an arm of the Turkish government based in Germany.

Freeing German mosques of the influence attached to foreign money might help combat the spread of radical Sunni Islam, primarily Wahhabism and Salafism, fueled by Gulf State funding of religious schools, madrassahs, around the world.

Funny how here in the U.S., the two recent mass shootings committed by "radical Islamists" were committed by American citizens who had never been to the Middle East but were radicalized online. The problem isn't "malign foreign influence" (this is just as idiotic as blaming the Russians for the 2016 American election results or the Yellow Vest movement in France), the problem is fundamentalism as well as German complicity in America's many war crimes perpetrated against Muslim nations.