Once the Politicians Stop Patting Themselves on the Back 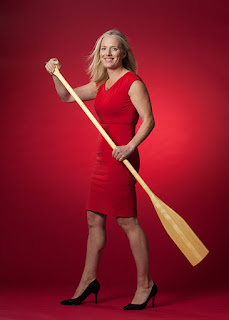 It wasn't. It was the opposite of success. It was a failure. And, unless the global leadership comes to grips with that very quickly it may turn out to be a critical failure.

Johan Rockstrom, director designate at the Potsdam Institute for Climate Impact Research, said: “My biggest concern is that the UN talks failed to align ambitions with science. We continue to follow a path that will take us to a very dangerous 3-4C warmer world within this century. Extreme weather events hit people across the planet already, at only 1C of warming.”

Nicholas Stern, the former World Bank chief economist and author of a seminal review of the economics of climate change, said: “It is clear that the progress we are making is inadequate, given the scale and urgency of the risks we face. The latest figures show carbon dioxide emissions are still rising. A much more attractive, clean and efficient path for economic development and poverty reduction is in our hands.”

A rulebook. That's what our politicians achieved at Katowice, a rulebook.


The two-week-long UN talks in Poland ended with clarity over the “rulebook” that will govern how the Paris agreement of 2015 is put into action, but the crucial question of how to lift governments’ targets to reduce greenhouse gas emissions was left unanswered.

Since [the 2015 Paris climate summit], the warnings have grown clearer and scientists have eliminated the possibility that the global warming observed in recent decades has been due to natural forces. It is a manmade problem arising from the use of fossil fuels, which has poured the heat-trapping gas carbon dioxide into the atmosphere.

On current national emissions-cutting targets, the world would reach more than 3C of warming, scientists say. Two months ago the world’s leading body of climate scientists, the Intergovernmental Panel on Climate Change, found that even 1.5C of warming would cause sea level rises, coral reef die-off, extinction of species and droughts, floods, storms and heatwaves that would threaten the world’s stability.

Levels of warming greater than that would devastate parts of the globe, wiping out agricultural productivity, melting the Arctic ice cap and rendering many areas uninhabitable.

What's most infuriating is that politicians like Mckenna act as though time is not a problem, much less a critical problem. They're wrong, it is. Best case scenario: we have until 2030 to cut global carbon emissions by half if we're to have a chance of avoiding runaway global warming.

Cutting carbon emissions by half in less than a dozen years won't be easy. It will be very, very, extremely hard to achieve. It will require a major restructuring of national economies. Sacrifices will be necessary and they won't be borne equally.  Some will have to give much more ground than others.  Sorry, Alberta. New clean-energy infrastructure will have to be designed, constructed and put in place in a breathtakingly brief interval. A dozen years is nothing.

In the meantime we also have to address numerous other environmental problems just to keep the foundation intact so we can try to tackle climate change. These are Rockstrom's "nine planetary boundaries" we must not cross.


"Today demonstrates that multilateralism works to tackle a clear global problem—climate change. Three years ago almost to the day, some 200 countries came together to land an ambitious Paris Agreement. Over the last few weeks, the world gathered once again in Katowice, Poland, for the 24th Conference of the Parties (COP24) where our team worked hard throughout the negotiations to find common ground between developed and developing countries.

"I am pleased countries around the world came together to agree to rules for transparently reporting how all countries are fulfilling their commitments to reduce emissions and tackle climate change. To increase our ambition for climate action, we need clear and transparent rules."

I hope that gives you hope and confidence.

It gives me confidence that our government has no plan to reach even Harper's targets, let alone halving our carbon emissions in the next 11 years. I'd have hope if McKenna spent less time worrying about what other countries are doing and more time setting clear and transparent rules for how Alberta's tar is going to be left in the ground and how the country's going to transition to net zero by 2030.

Indeed, Cap, but we both know that's not going to happen whether we're governed by Liberals or Conservatives.

.. my takeaway is 'thoughts and prayers' is the message from ms McKenna.. Environmental Churn for current and future generations.. I'm also struck with the impression she is somehow the Minister of Resources and Foreign Investment Entitlement. She has zero to say about our living, breathing, actual environment - Lands, Waters, Atmosphere, Species, Habitat.. instead seems more intrigued with pipelines and importance of exporting resources stripped at the expense of our Environment & Ecology.. quite bizarre. In her quest for higher education degrees, did she somehow skip Salmon 101 ? Boreal caribou ? How about Inland Waters 101 ? Or Coastal Marine Ecosystems For Idiots ?

Apropos of your comment, Sal, I'll recycle one paragraph of a comment I left today on Politics and Its Discontents:

"It was telling when Trudeau issued mandate letters to his ministers in November, 2015, that he gave them two co-priorities: economic growth and whatever their ministry dealt with. Catherine Mckenna later opined that she was as much an economic minister as an environmental minister which, in the face of the environmental challenges of the day, is a glaring contradiction. Yet she does seem to temper her environmental agenda with her responsibility to "do no harm" to the economy. Ultimately one priority must yield to the other and we see that today in the form of cognitive dissonance that pervades the prime minister and his government."

.. people's eyes glaze over when I try to explain the levels of political propoganda and outright deceit. I recall when Spephen Harper decided to essentially dump 'diplomacy' in favor of pimping commercial developments. Yes, folks.. the war wagons for Saudi Arabia deal was exactly what Dr Harper wanted. He didn't want any diplomatic corps reporting on Afghan torture and indeed he and Peter MacKay were in up to their ears whitewashing that scandal. So a few diplomats got fried or betrayed ? So what ? He had his whipping boy Khadr and a willing ans lame assed media. So what if MacKey outright lied about F35 costs and realities ? Election Fraud ? What Election Fraud ? It was just sophomore 'hijinks' repeated 99% of mainstream media... and he always had the perfect defense 'I know nothing of these matters' re the Duffy and Nigel scandal. The beat goes on.. or rather the beating of truth and democracy.. and Justin et al are getting with the program.. even using Harper's 'outside' but onside lawyers to stiff militsry vets or SLAPP suit them silly.. or just delay deny and claim the high ground.. Right now the entire system is tilted.. and all the marbles flow to bagmen and partisan thugs.. the fuckery is non stop, 24/7 ..

As I commented on one of your posts the other day, Mound, I suspect that McKenna's self-congratulatory tone about what was 'accomplished' at Cop24 is intended more for a domestic audience as the Liberals prepare for next year's election. To mislead the people that real progress is being made is a grave disservice to all of us.